The LBGTQ student resource group, Campus Pride, officially released its 2021 Worst List, naming 180 campuses across the country as “the absolute worst, most unsafe campuses for LGBTQ youth.” Brigham Young University and Ensign College, both owned by the Church of Jesus Christ of Latter-day Saints, were the only two Utah schools on the list.

BYU was mentioned as one of the top 5 worst schools “because the former president of the university, Elder Jeffrey Holland, denounced LGBTQ+ students, including Matt Easton’s heroic act of coming out in his commencement speech as valedictorian of BYU’s political science program, and for suggesting that BYU professors needed to use their ‘musket fire’ against LGBTQ ideology rather than directing ‘friendly fire’ against the church.”

The group also noted articles written about the “pain of being gay and Mormon at BYU,” evictions from apartments for being gay, vulnerability of LGBTQ students who are sexually assaulted due to potential exposure to honor code violations, and higher risk of suicide and depression for LGBTQ students.

In 2019, 41 campuses, including all BYU campuses and Ensign College, filed an amicus brief in Bostock v. Clayton County voicing their support for employment discrimination at religious institutions for LGBTQ employees. Ultimately, the U.S. Supreme Court ruled in the landmark case last year determining that discrimination against gay and transgender workers is unlawful and violates the Civil Rights Act of 1964.

The colleges and universities included in this year’s list have either received or applied for a Title IX religious exemption to openly discriminate against LGBTQ youth, or they have a demonstrated history of anti-LGBTQ policies, programs, and practices.

In March of 2021, 33 LGBTQ students and alumni from 29 campuses filed a class-action lawsuit against the U.S. Department of Education demanding that they stop granting religious exemptions to tax-payer-funded religious colleges and universities that discriminate against and abuse their LGBTQ students.

Among the students was Chandler Horning, who graduated from BYU-Idaho in April 2020.

In the lawsuit, Horning said he did not feel safe coming out on campus. After he did come out, he switched to attending school online, putting himself back in the closet for two semesters when he was required to be on campus. He said BYU-I policies made him feel like “a flawed alien not worthy to live or exist.”

BYU-I has a page on their counseling center website specifically discussing “same-sex attraction” that says: “Sadly, anxiety, depression, social difficulties, feelings of isolation, and even suicidal thoughts may arise for individuals experiencing same-gender attraction.” The resources on this page lead only to LDS-approved materials.

Horning knew that if he acted on his sexuality in any way, including holding hands with another man, he would be expelled and evicted from his housing for violating the honor code. Students who are expelled or suspended are evicted within three days from BYU-I’s mandatory, approved unmarried student housing.

Losing his housing, Horning said, would have left him homeless in rural Idaho.

Colleges in other states

“Campus Pride was founded 20 years ago with a vision of campuses and a society free of anti-LGBTQ prejudice, bigotry, and hate,” said Shane Windmeyer, founder and executive director of Campus Pride. “And while much progress has been made since then, clearly there remains a lot more work to do as we develop and train future leaders to create safer, more inclusive communities on campuses.

“This is the most exhaustive update to our annual ‘Worst List’ since 2016, with more than 50 new campuses added this year in part because of the lack of updates in filing procedures since the Trump Administration’s Department of Education told campuses they did not have to apply for Title IX religious exemptions to openly discriminate against LGBTQ people. The Biden Administration has yet to clarify this DOE memo or mandate that a campus must apply for Title IX to discriminate based on religious beliefs.”

Baylor University was included for its past and recent history of anti-LGBTQ discrimination and because it is one of the campuses named in the class-action lawsuit, Hunter v. the U.S. Department of Education, for abuses to LGBTQ+ students.

Malone University qualified for the Worst List after an associate professor was forced to resign after telling the administration that she would be getting married to a woman. In an email sent to the student body, the university shares how the professor was in violation of Malone’s religious beliefs and their Community Agreement for Sexual Conduct, which states “sex should be exclusively reserved for the marriage relationship, understood as a legal, lifelong commitment between a husband and wife.”

College of the Ozarks filed a lawsuit against the U.S. Department of Housing and Urban Development, arguing that the Fair Housing Act, which prohibits discrimination on the basis of sexual orientation and gender identity, “requires private religious colleges to open up female showers, restrooms, and dorm rooms to biological males who assert a female gender identity.” College of the Ozarks is shamefully mentioned as one of the worst, most dangerous colleges for LGBTQ youth.

Lee University is also shamefully mentioned in this year’s Worst List because of a past and recent record of anti-LGBTQ discrimination and because they specifically argued as a part of a 2019 amicus brief in Bostock v. Clayton County to allow employment discrimination against gay and transgender employees of religious institutions. In September of this year, Lee University removed “gender identity” from the campus anti-discrimination policy.

For the full list of the 180 worst, most unsafe campuses for LGBTQ youth in the country, visit campuspride.org/worstlist and find more details about how these campuses intentionally create an unsafe campus environment by openly discriminating against LGBTQ people.

Prospective students and families who are looking for LGBTQ-friendly campuses are encouraged to visit the Campus Pride Index at www.campusprideindex.org.

If you or someone you know is experiencing discrimination, bias, or involvement in a hate crime, report It at this online form. 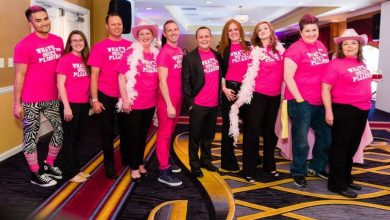