Will we always miss Kim Cattrall as Samantha, the only person on “Sex and the City” who seemed to enjoy having sex in the city? Yes. But are we suddenly filled with joy over the announcement that she’ll be joining the upcoming reboot of “Queer as Folk?” Also yes. Double yes. While the original U.K. series was set in Manchester, and the first U.S. iteration took place in a wildly imaginary Pittsburgh, this new version, a fully glowed up 2022 dive into all the ways we are queer now, will follow the lives of a group of friends in New Orleans whose lives are changed as the result of an unspecified tragedy. Cattrall will play against SatC type as a rich matron with a Southern trailer park background and a taste for martinis. We’re certain that the cast of young up-and-comers — Ryan O’Connell, Jesse James Keitel, Candace Grace, Johnny Sibilly, Devin Way and Fin Argus — will be more than happy to mix the drinks for this icon.

If you know you know, as they say. And that’s how we feel about the cult sitcom “Party Down,” the hilarious 2009 Starz series about catering staff in Los Angeles. The impeccably funny cast —  Adam Scott, Jane Lynch, Ken Marino, Martin Starr, Ryan Hansen, Megan Mullally and Lizzy Caplan – worked fancy industry parties and dreamed of their big breaks, while invariably getting into scrapes with the guests. The show was over too soon for its devoted fanbase, but now a reboot is on the horizon. Everyone except Caplan (prior commitments to a “Fatal Attraction” remake and the FX series “Fleishman Is in Trouble”) is returning for the six-episode season and production begins early in 2022. We’re already planning a viewing party and looking up vegan slider recipes.

Brian Epstein found them in a basement in Liverpool, and when the Beatles became superstars, he was their manager. He was also gay and closeted, and died far too young. There’s been a graphic novel about his life, “The Fifth Beatle,” as well as a documentary and speculative indie drama of his relationship with John Lennon called “The Hours and Times.” And after a long development we’re now getting the biopic “Midas Man,” starring Jacob Fortune-Lloyd (“The Queen’s Gambit”) as Epstein, alongside Emily Watson, Eddie Marsan, Lukas Gage, Rosie Day, and Bill Milner. Original director Jonas Akerlund was just replaced with “House of Versace” director Sara Sugarman, and filming is currently underway in Liverpool. As for the Beatles themselves, that casting news has yet to be announced, so we’ll assume for now that to keep the focus on the man himself, we’ll see only the backs of John, Paul, George and Ringo’s heads.

Janet Mock gigs with ‘The International Sweethearts of Rhythm’

Between 1937 and 1949, The International Sweethearts of Rhythm stormed stages and music halls as the first racially integrated all-woman’s jazz and swing band in the United States. They performed across the country and electrified music fans everywhere they went, becoming some of the most influential women of the Big Band era. In the decades since, feminist scholars and music writers have sought to keep their memory alive, placing them in the jazz canon that usually celebrates male contributions to music. But nothing brings attention to history in danger of being erased like a big movie, and now “The International Sweethearts of Rhythm” will be a feature film from Sony Pictures. Writer/director Janet Mock (“Pose”) has signed on to direct and rewrite an earlier script draft, and we hope that means a finished movie in theaters is on the fast track. It’s been nearly 30 years since “A League of Their Own,” (yes, yes, we know; that was baseball) and we’re ready for the movies to remember a whole new band of pioneering women. 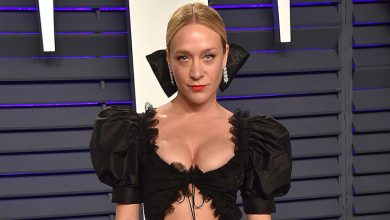 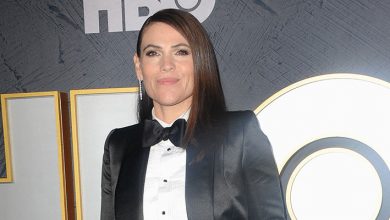 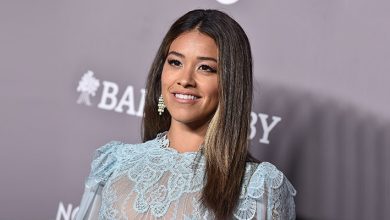