On January 6, I was working from home when I heard Kelly calling to me from the living room.

“You’re going to want to see this,” he said — a mix of confusion and concern in his voice.

I walked in to see former President Donald Trump addressing a crowd of his supporters, encouraging them to march on the Capitol. Shortly after, I saw an insurrection, an attempted coup d’état, as the mob invaded the very symbol of our democracy and called for the lynching of the Vice President.

I thought it was going to be a really bad year. But 2021 actually ended up being pretty great for gay people and LGBTQ+ parents.

The delayed Olympic flame was finally lit in Tokyo, and a record 180-plus out LGBTQ+ athletes competed, earning a combined 32 medals. Among those that brought home the gold was gay dad Tom Daley. The entire world saw his husband and son react to his win. (And how adorable was Tom knitting a cozy for his medal?)

Speaking of history-making gay dads, 2021 saw Pete and Chasten Buttigieg welcome twins Penelope and Joseph (aka Gus).  As Secretary of Transportation, Buttigieg is the highest-ranking LGBTQ+ person ever confirmed to a Cabinet position by the U.S. Senate. In a win for dads of all stripes, he also served as a great role model by taking paternity leave.

There was some surprising news for would-be parents as well. Bethany Christian Services, the largest Christian adoption organization in the country, decided to begin placing kids with queer parents across the 32 states in which it operates – ending 75 years of exclusion.

The closet door was also kicked wide open by a boatload of gay celebrities, safe in the new reality that being openly LGBTQ+ is no longer a career-killing move. In the world of sports, Carl Nassib, a defensive end for the Las Vegas Raiders, became the first active NFL player to come out. (Former San Francisco 49er David Kopay was one of the first professional athletes to come out way back in 1975 but had retired from football three years prior. Michael Sam, was drafted in 2014 by the St. Louis Rams but was cut from the team before the season started.) In a sign of the changing times, Nassib says he has received nothing but love and support from his teammates.

One other rough and tumble jock came out this year: Luke Prokop. The 19-year-old Canadian is an NHL defenseman under contract with the Nashville Predators. He is the very first hockey player to announce he’s gay. In a sport that isn’t known for its gentlemanly behavior, it’s reassuring to hear that he hasn’t heard a single homophobic slur tossed his way and that he enjoys the unequivocal support of the NHL, the Predators, and his fellow players.

There were other great achievements this year, of course. Lance Bass became a dad, Elvira and Utah’s own David Archuleta both came out. And Lil Nas X got five Grammy nominations, including Best Song for MONTERO (Call Me by Your Name), with its unapologetic lyrics about gay sex.

In the end, I stayed up late the evening of January 6 and the early morning of January 7 watching Vice President Mike Pence certify the election results – even as some Congressmen continued to lodge false protests. When it was over, I felt a sense of renewed optimism for the year.

All the progress and the milestones enjoyed by LGBTQ+ Americans in 2021 proved my positivity was well-deserved. Hopefully 2022 will be an even better — and less eventful — year for us all. 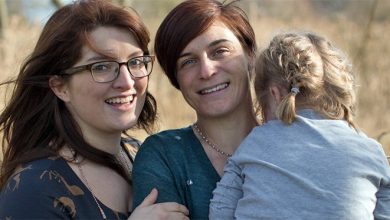 Foster parenting in the LGBT community