I have felt my entire life that it was my duty to hold space for and watch myself around white people. Whenever I enter a room, I speak well, look presentable, and put everyone at ease so they don’t feel threatened. But none of that changes my Black skin.

One of my first great fears that continued to be weird into adulthood was going swimming with my friends, simply because I knew that when I took my shirt off, they would see that I was all the way Black.

This has been my daily reality for 37 years, and I am tired. I have spent my entire life making sure other people (mostly white people) feel safe around me, and that is clearly not being reciprocated for me and for people like me. People simply don’t care if I feel safe. And if they do, it’s only as long as the trend allows. It’s enough for them to feel, deep down, that things aren’t right, but that’s as far as it ever goes. I understand, fighting for equality and justice is physically and emotionally taxing. People like me have been doing it our whole lives and would very much like to stop. But we don’t yet have that option.

My play, THE CLEAN-UP PROJECT, started as a journal entry. I was trying to make sense of my feelings about the murders of George Floyd and Breonna Taylor and everything that ensued. I shared my thoughts with Jerry Rapier at Plan-B Theatre, and he said, “You should write a play.” I truly believe that he, as a person of color, saw an opportunity to give another person of color the chance to express himself without “asking permission” to do so. He provided me a space to be angry, to talk it out, and for that, I am grateful.

I’m asking a lot of the audience. But I’m not asking anything of them that I don’t experience on the daily. The difference? After 90 minutes in the theatre, they get to go home and breathe.

I distinctly remember being shown, as a child, the violence of Black people swinging by their necks from trees, Black people being beaten, hosed down by firemen. I had to see these things so that I could truly understand what my parents meant when they said to be careful not to put myself in situations where I could be hurt. None of my white friends had to have a similar conversation with their parents.

Jordan
Why does this have to be a violent cause?
There’s so much we could do…

Chris
Nothing will change until the people in power care enough to change it. And that means a lot more people caring about the lives of people other than themselves. That means marching and protesting until things actually change, not just until you’re tired.

The same principle applies here: if enough people want racial equality and justice, then America has to put more of that on the shelves, right?

It makes me angry that I ever thought that I was most useful to people by being completely amenable and submissive. “Whatever you want me to do, I’ll do it, and I’ll improve it too. I’ll be your number one guy and (in retrospect) give you all of my power.”

That is something WE can no longer abide.

THE CLEAN-UP PROJECT is my attempt to rally the troops, to galvanize people to act on the proclamations made from their sofas during the pandemic. We must connect, now, when it is so painful to see eye-to-eye. We cannot go back to the old way. We must create a new normal. It’s the only way to create hope for the future, to even have a future.

Carleton Bluford’s MAMA premiered at Plan-B Theatre in 2015 and was Utah’s first world premiere by a Black playwright. His latest, THE CLEAN-UP PROJECT, premieres February 17–27, 2022. Click on The Plays at planbtheatre.org. Proof of vaccination and masks are required for in-person attendance; a streaming option is also available.

Matthew Morrison: As gay as he gets 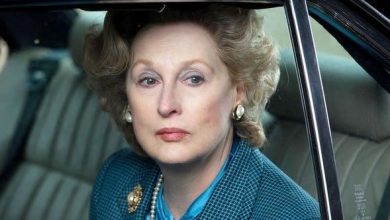