If a 150,000-soldier army ready to invade Ukraine was not enough reason to go to war with Russia, Russian President Vladimir Putin has now thrown shade at transgender people. During his traditional New Year press conference, this one lasting four hours, he compared gender nonconformity and the push for trans rights to “new strains” of a “pandemic” much like the coronavirus. He joins tennis star Martina Navratilova and author, J. K. Rowing in the TERF (Trans-Exclusionary Radical Feminist) ranks. He’s not a feminist though, rather a dictator, so he becomes a TERD.

The European Union’s top human rights court ruled a man’s discrimination claim against a Belfast bakery for declining his pro-same-sex marriage cake order because of its owners’ religious beliefs as inadmissible. It was a process, not a merit win, for the baker as the European Court of Human Rights ruled the claim inadmissible because the complainant had not argued his rights under Europe’s human rights convention as the case made its way through the British court system.

Cassandra Peterson, better known as the black-wigged “Elvira” media personality, says her social media presence took a hit in followers following her admission that she was in a relationship with another woman. The actor made the admission in her just-published memoir, “Yours Cruelly, Elvira.” She lost thousands of social media followers shortly after her same-sex coupling was made public. She dismissed the loss as she thinks it came from disenchanted fans in a very specific demographic. “I knew that there were going to be some horny old men out there who were just not going to like the fact that they didn’t have a chance with me anymore,” she said. She initially lost about 11,000 followers after the book hit shelves. She’s since gained about 60,000 new ones. So again, announcing a same-sex relationship proves to be a good career move.

Anyone under 45 years old may say, “Who?” but Clay Aiken, the former “American Idol” contestant, 43, announced Monday that he is making a second bid to represent North Carolina in Congress. In 2014, Aiken prevailed in the Democratic primary in his state’s 2nd District. The gay former pop star was running in a conservative House district, he was defeated in the general election by Rep. Renee Ellmers. He says he is running to counter the loudest political voices in his state which he says are “white nationalists,” citing Rep. Madison Cawthorn (R-N.C.). He also objects to other far-right U.S. representatives like Marjorie Taylor Greene of Georgia and Lauren Boebert in Colorado.

California State Senator Scott Wiener withdrew a bill that would have banned medically unnecessary, cosmetic surgeries on intersex children. Intersex people are those born with nontypical male and female sex characteristics. When intersex children are born, many undergo irreversible surgeries. He found little support for the bill in the legislature. He lamented that California wasn’t ready to join Germany and Columbia in banning the surgery. His previous legislation making gender-specific aisles in toy stores illegal, banning conversion therapy, and protecting gender-affirming therapies and surgeries for transgender-declaring children from parental interference, have passed. No jurisdictions in the USA have approved this kind of ban, though two children’s hospitals in the U.S. have banned the procedures. His most recent bill would have prohibited unnecessary surgeries on intersex children until they were 12 years old.

Former U.S. ambassador Rufus Gifford has become the Chief of Protocol for the U.S. Department of State. His tenure was notable as he was the first man married to another man to represent the U.S. as an ambassador when President Barack Obama appointed him to Denmark. In this high-profile position, Gifford will liaise with the foreign diplomatic corps in Washington, oversee State Department and Blair House functions, and welcome foreign officials. Chiefs of Protocol also hold the titles of Ambassador and Assistant Secretary of State.

Timothy LeDuc is set to be the first avowedly non-binary Winter Olympian when they compete in the Beijing Winter Olympics that begin this February. U.S. Figure Skating announced the non-binary skater had been paired with the binary, cis-gender Ashley Cain-Gribble for the games. They have been paired with Cain-Gribble for many years while they were merely gay. Now that they are non-binary, they say, “It’s really exciting, but I hope that the narrative does not center around me and my journey and my accomplishments but that the narrative switches to queer people having the opportunity to be open and be authentic to themselves.” In 2019, LeDuc became the first avowedly queer athlete to win gold in the U.S. pairs figure skating event.

University of Pennsylvania swimmer Lia Thomas, who has been winning everything and setting records in collegiate women’s swimming meets, was finally bested. Thomas, while winning and setting records in other heats, was beaten in the 100-yard freestyle competition. Thomas, who is a male-to-female transgender swimmer, has become central to the debate about transgender inclusion in competitive women’s sports. She lost a race Saturday to Iszac Henig, a female-to-male transgender swimmer at Yale University who swims on the women’s team. Henig is eligible to compete on the women’s team because he has chosen not to receive gender-affirming hormones such as testosterone. All of this is kosher according to the NCAA guidelines.

The first avowedly gay man to win Mr. America and Mr. Olympia bodybuilding competitions, Chris Dickerson, has died at age 82 from a heart ailment. He was also diagnosed with COVID-19. He started physical training to help in his dancing and opera career and continued weight training, ultimately winning Mr. Olympia, Mr. America, Mr. Universe, and the Pro Mr. America titles. He was also the first black man to win major bodybuilding titles and reported he was discriminated against both because of his race and for being gay. An additional claim to fame is losing the Mr. Universe title to Arnold Schwarzenegger. Always proudly and publicly a gay man, in the 1970s he modeled nude for Jim French, a photographer who specialized in erotic imagery of gay men. He also posed in a t-shirt for a portrait by Robert Mapplethorpe in 1982.

Being the wife of a president of a western democracy can be hard. Just ask the U.S. presidential wife how bad she feels when she isn’t addressed as Dr. Jill. But French First Lady Brigitte Macron has it even worse. In a documentary, “In the Hell of the Presidential Campaigns,” on a French television news channel, it was reported she received an anonymous phone call claiming her husband, President Emmanuel Macron, was seeing a male lover. President Macron has had to deny persistent reports that he engaged in a passionate love affair with his former head of security, Alexandre Benalla. Benalla was fired after a video of him beating a group of protesters was leaked online. To make life even harder, a website published claims that Mrs. Macron is transgender. Mrs. Macron — who had three children with her first husband — is taking legal action against the website publisher.

Former First Lady Michelle Obama was frequently accused of being a transgender woman by conspiracy theorists such as talk show host Alex Jones throughout her husband’s tenure in office. Former New Zealand Prime Minister Jacinda Ardern was also accused of concealing her identity as a transgender woman and faking a pregnancy. 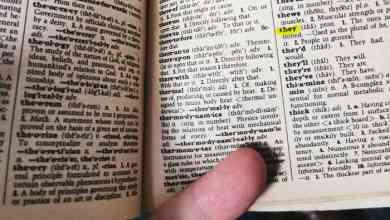 Ariz. Man Says He Did Not Commit Hate Crime