A key member of AIDS activist group ACT UP and a named plaintiff in the ongoing lawsuit against Gilead and other pharma companies for illegally extending the patent of PrEP and HIV medication tenofovir, Peter Staley will tell you that his life is an open book. Yet it took years of nudging from friends, including Anderson Cooper, to actually write that book himself.

Released in October, Staley’s “Never Silent: ACT UP And My Life In Activism” (Chicago Review Press) is a jaw-droppingly frank 269-page read boasting a foreword by Anderson and back cover blurbs by Hillary Clinton and “Angels in America” playwright Tony Kushner.

While Staley’s experiences with activism and HIV — he was diagnosed with what they called “AIDS-related complex” in 1985 — comprised part of David France’s acclaimed 2012 documentary and 2016 book “How To Survive A Plague,” “Never Silent” details firsthand his personal highs and lows, including sexual and romantic, and his transformation from a closeted Wall Street bond trader to out-and-proud full-time activist. It includes some of ACT UP’s most outrageous, effective actions, like infiltrating big pharma and government offices and covering hateful GOP Senator Jesse Helms’ house in a giant condom.

The book also delves into the infighting that led to ACT UP splintering, Staley’s later crystal meth addiction and his subsequent (and outrageous) street poster campaign to combat its use, how he stopped the Oscar-winning movie “Dallas Buyers Club” from being subverted by an AIDS denialist screenwriter (Vanity Fair recently published a gripping excerpt:), and exploits with policy power players like Dr. Anthony Fauci.

How did you become friends with Anderson Cooper, and how did he encourage you to write a memoir?

Well, he was blown away by [the 2012 documentary] “How To Survive A Plague” and reached out by email and said, “If you ever want to get together, I’d really love that.” I jumped on that right away, of course, and we had dinner, and he gave me a tour of his house, I met the boyfriend, and that’s how it started. And within a week of that dinner, he sent me a text: “You should write a memoir.” That’s when I disclosed to him how much I hated writing, and he said, “It’s not that bad; you write a little bit at night before bed, and by the end of the year, you’ve got half a book written.” My response was: “I’m not going to end my day doing something I hate. You don’t realize how much I hate it!” And I didn’t start writing until 2017 or 2018.

What was one mistake you wanted to avoid while writing this?

The biggest was being a blowhard, overstating my importance. I think I’ve been pretty good at self-reflection most of my life, and I’m proud of what I’ve done. Still, I’m incredibly conscious of the fact that none of my first five years as an activist would have been noticed by anybody or made any difference if it wasn’t for the fact [that] I was just one member of a huge movement. 99.9 percent of my power derived from the collective for a good five years.

I was surprised by your level of frankness, especially regarding your sex life. The reveal that you contracted herpes even before your HIV diagnosis seems important, given how stigmatized that virus remains even today.

Before AIDS, herpes was on the cover of Time magazine, and people would commit suicide when they got a herpes diagnosis. It was AIDS before AIDS. It was a really horrifying diagnosis, so, yeah, it was rough. But to be honest, I didn’t consciously think of that, to fight herpes stigma. You couldn’t tell my HIV seroconversion story without mentioning that’s how I found a doctor who helped save my life, [the late] Dr. Dan William.

Is there any progress on a herpes vaccine? It feels like doctors and pharma have just thrown their hands up.

You discuss your relationship with the late journalist and filmmaker Robert Hilferty, whose movie “Stop The Church” famously documented ACT UP’s “die-in” at St. Patrick’s Cathedral in 1989. However, you didn’t mention his tragic suicide in 2009. Why is that?

I also don’t mention that Jef Mittleman, the beautiful Oberlin boy, died of an overdose, possibly a suicide — we don’t know — in a hotel room in NYC in 1994. The book is episodic, and each chapter tells of one specific action or period of time in my life, and if you were central to that narrative as I’m telling it, you’re in the book. It’s 99 percent me and 1 percent the people next to me. I don’t tell the rest of their stories because that would chop up the narrative.

But I loved Robert. That grin and laugh, there was something a little wicked about the guy, like he always had some goods on you. He was really perceptive and could read a person so quickly, and my god, he was sexy, and I don’t think he’ll mind a posthumous rating: he was incredible in bed!

Is there any story you left out and would, if you ever do a follow-up, include first?

Yeah, about a failed action, hopefully with a successful second attempt. I posted on Facebook in late August this cryptic message about how I was mourning the five-year passing of an action that failed but might be reattempted. It involved dozens of people, a substantial budget, and was all very hush-hush. We managed to extract ourselves from the situation without getting arrested, and that allows us to attempt it again in the future. The issue [it addresses] has not gone away. But if I do a memoir in my ’80s, it’ll be in that one!

I understand you were firm on not wanting ACT UP to be in the main title. What other possibilities did you consider before settling on “Never Silent”?

I was scrambling for title ideas during the three years it took to write. A lot of memoirs use something personal that’s not obvious, but you discover its meaning when reading the book. David France, of all people, suggested one that was like a lightbulb going off in my head: “Please Remain Calm.” You can hear me say it in “How to Survive a Plague,” and it became a funny line I would use whenever we invaded the offices of a pharmaceutical company. And it has a double meaning. I was known for not being one of ACT UP’s hotheads. I was not a screamer. My activism was always very politically driven, and I rely on logic and model myself on Spock. But the publisher said no. The publisher wanted something obvious, and I’m always bad at reading the fine print in contracts, and in the publishing industry, unless you’re a Barack Obama, you have no say in the cover or title of your book!

I’m surprised that the publisher didn’t title it “Dr. Fauci’s BFF” or “Matthew McConaughey and Me”!

I met Jared Leto, but I never actually met McConaughey. “Dallas” and “Plague” came out at the same time, and we were at a couple of events together for the awards circuit, and there was one moment I saw him leaving early, by the door alone waiting for his Uber, and I thought I’d go up to him and say, “Hey, Matthew, I’m the guy who caused so much trouble before you started shooting!” But I left him to his phone.

Speaking of Fauci, the final chapter is titled “Dinner With Tony,” which addresses his evolution from “tentative leader unwilling to rock the boat” during the 1980s to a good friend. Can you elaborate further on how he’s changed?

He slowly shed the widely held stubbornness of his peers in the scientific community that going slow and being methodical was sacrosanct. Without abandoning the basic tenets of high-quality scientific research, there are all sorts of inventive ways to speed things up and expand access at the same time. He applied many of those lessons to COVID-19.

Has he read the book yet?

He just got my book twice — an inscribed hardcopy for his bookshelf and a Kindle version that’s easier on his old eyes.

What’s the biggest perk or upside of having your story told through movies and books over the past decade? Are there activist groupies?

I love the activist groupies! I wish they were a larger percentage of the community, but that’s what tipped the scales for me diving into writing. Not writing this book would be a lost opportunity, and that opportunity is inspiration because I’ve been contacted every week since 2012 by some millennial queer through social media [who] just saw “Plague,” and it changed their life. A subset of them I stay in contact with, and they’ve become activists, gone into medicine, or nonprofit work. That has blown my mind. They’re the ones who give me hope, and I adore all of them.

Are shirtless pics welcome too?

Yes. Dick pics. And I will send one back! Another story I didn’t tell in the book was [filmmaker and artist] Gregg Bordowitz was working at GMHC [an NYC-based AIDS service organization formerly called Gay Men’s Health Crisis] and tasked with creating a series of X-rated safe sex videos that were funny and sexy and had lots of condoms and dental dams. This was 1989. He mentioned this to me, and I said, “I’ll do it. I’m gonna die in a few years; I want to do porn. It was on my bucket list; what the fuck do I care? I gave up the dream of being president someday!” So I did a safe-sex short, and that summer, they premiered the video as part of the international AIDS conference in Montreal on a gigantic screen, and every AIDS activist in the country was there. I’m in the audience, slumping down, my hands over my eyes. [Laughs.] If you dig far enough, you can find it! It was actually part of Gregg’s exhibition at MoMA PS1 this year! My erect penis was in a museum! Bucket list! 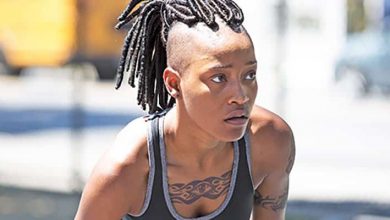 Let’s have a Keke 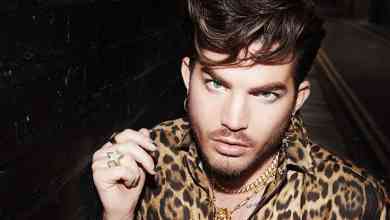