One of the cool parts about being a parent is that you get a chance to go to movies that you probably wouldn’t otherwise see. One of the very first films I ever saw as a dad was Horton Hears a Who!, which was based on the great Dr. Seuss classic by the same name. In a nutshell, an elephant named Horton finds a speck of dust on which live the entire population of a little place called Whoville. The problem is, no one else can see or hear the Whos, so no one believes Horton.

Why am I sharing this? Recently, the Florida State Legislature passed the “Parental Rights in Education” bill, better known as the “Don’t Say Gay” bill. By the time you read this column, Gov. DeSantis, who in an attempt to brandish his conservative pedigree ahead of a 2024 presidential bid, has indicated his enthusiastic support for the bill and will likely have signed it into law.

Not surprisingly, this discriminatory law is wrapped in a banner of parental rights – letting mom and dad decide what their kindergartners through third-graders should learn about sexual orientation and gender identity. On paper, that doesn’t seem too unreasonable. But what’s written on paper and what’s reality oftentimes don’t jive.

The bill says, “Classroom instruction by school personnel or third parties on sexual orientation or gender identity may not occur in kindergarten through grade 3 or in a manner that is not age-appropriate or developmentally appropriate”. Some opponents have argued that those terms are so broad that any discussion whatsoever, at any grade level, could potentially lead to legal action by offended parents.

What offends me is this idea that there is one type of family: Mom and Dad and 2.5 kids. Whether DeSantis and the Florida Republican Party want to recognize it or not, there are many different types of families, including those like mine. How will teachers navigate discussions about all families? Maybe the brilliant Kate McKinnon was on to something when she joked recently on Saturday Night Live, it would be like one kid saying he lives with his parents and another one having to say he lives with “two adult men, who bought him as a baby.”

But as terrible as it is, Don’t Say Gay could’ve been a lot worse. An amendment was proposed that would have required teachers to out any LGBTQ+ kids to their parents within six weeks. I don’t know what the senator who offered the amendment was thinking, but I do know it would have put thousands of queer kids in danger. According to the Center for American Progress, an estimated 1.6 to 2.8 million LGBTQ+ youth in this country are homeless. They comprise between 20 and 40 percent of all homeless youth. Over 60 percent of those gay kids say they experienced discrimination from their families.

But I’m sure there are no LGBTQ+ kids or families headed by two dads, two moms, or a trans parent in Florida. The way I see it, the Republicans in the Sunshine State don’t see families like mine or gay kids like I was. We’re like the Whos in Whoville. And that makes Gov. Ron DeSantis the evil Kangaroo in Dr. Seuss’s cautionary tale. Kangaroo just will not believe the Whos are there.

In the end, the Whos all rally to save themselves. The tiniest of whom (ha! See what I did there) breaks through the silence and in the nick of time, the entirety of Whoville is saved by shouts of “We’re Here! We’re Here! We’re Here!” Gov. DeSantis, queer families – and queer kids – are here. 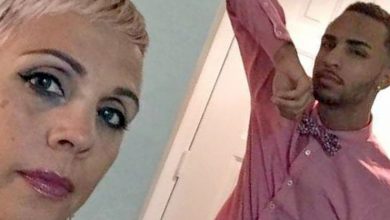 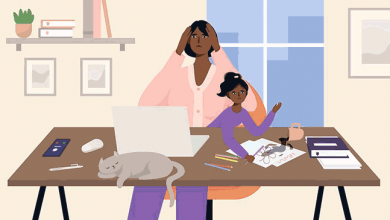