Courtesy of GayTravel.com, here is a list of upcoming Prides from across the globe.

Torremolinos Gay Pride is a celebration of gay life on the Spanish Costa del Sol. The town swells with visitors from Spain and beyond.

Celebrate pride on a tropical island that is legendary for its laid-back style and its open and accepting atmosphere.

This year’s Vienna Pride typically takes place in June. There will be a Pride Village at City Hall Square offering a mix of culture, shows, food, and more. Vienna Pride is the highlight of the Rainbow Parade on Saturday.

Pittsburgh Pride 2022 will be the first Pride in Pittsburgh thrown in collaboration between LGBTQ+ organizations across Pittsburgh and the Western Pennsylvania region.

The first weekend of June each year – for the 30th year – thousands of LGBTQIA travelers from around the world will descend on Orlando at Walt Disney World® Resorts for One Magical Weekend.

The third annual Pride celebration highlights what Provincetown has always been known for LGBTQ+ awareness, empowerment, and diversity.

Following the success of its premiere in June 2018, the world’s biggest international gay event will return to Pattaya, Thailand featuring top international DJs, sexy go-go dancers, and the hottest men in Asia.

Now in its second year, welcoming and embracing diversity while bringing together locals and business communities.

Promoting a respectful and humanistic practice of sport, this event is open to all and brings together more than 2,300 athletes from all over the world each year.

During Pride Month in June each year, a number of events are being held such as Pride Flag raising ceremony. The city’s biggest event is Pride Palooza.

Each year the West Pride festival is held in Gothenburg. An art and culture festival that creates safe spaces for LGBTQI people and emphasizes norm-criticism and LGBTQI person’s lives.

Sao Paulo Gay Pride is listed by Guinness World Records as the biggest pride parade in the world in 2006 with 2.5 million people. They broke the Guinness record in 2009 with four million attendees.

Drag Me to the St. Francis, The Westin St. Francis San Francisco: June 16

Every June, the festival site on the Sechseläutenplatz and next to Bürkliplatz is transformed into a party hotspot. The parade and concerts are the highlights of the Zurich Pride Festival.

The Iowa City Pride Festival returns with the Pride Parade, the vendors in the Ped Mall, a fun-filled day of entertainment on the Linn Street Stage, and more.

The Chicago Pride Fest® is an iconic street festival that features live music, drag shows, games, parade, and more. It is a celebration of diversity and the LGBTQ+ community on Halsted Street.

PRIDE Barcelona is an event for everyone, a space where the LGBT community can be collectively heard and become visible, and a place to celebrate and make a stand.

The Lisbon Gay Pride is one of the largest LGBT events in Portugal. It takes place in June each year at Jardim do Principe Real. Lisbon Pride 2022 is expected to attract over 70,000 people.

Gay Pride Toronto is one of Canada’s premier arts and cultural festivals and one of the largest parades of its kind in North America.

This year’s theme, “Love Will Keep Us Together,” is meant to celebrate a sense of return and shared presence.

Tulsa Pride is the longest-running LGBT Pride festival in Oklahoma. This 2022, Tulsa Pride celebrates its 40 years with a whole weekend of pride, with the Tulsa Pride Parade, Tulsa Pride Celebration, and Picnic in the Park.

Nashville Pride Festival is the largest LGBTQ event in Tennessee. The festival will move to Bicentennial Capitol Mall State Park in downtown Nashville in 2022.

Each year, thousands make their way to Oklahoma City for an annual celebration of OKC’s LGBTQ+ community. The OKC Pride Week calendar is packed with exciting and artistic events, like OKC Pride Fest and Pride on 39th.

Madrid Pride, also known as Orgullo Gay Madrid, is the biggest gay pride in Spain and one of the biggest in Europe, attracting more than 2 million people over the five days of pride.

The 2022 Denver PrideFest promotes the heritage and culture of the LGBTQ+ community of Colorado. It typically draws more than 450,000 attendees over two days, making it the largest Pride event in the Rocky Mountain Region.

Seattle Pride is one of the oldest of its kind in the country and has been coloring the city streets each summer since 1974.

The Twin Cities Pride brings the greater LGBT community together to educate and create awareness of issues and to celebrate achievements.

Helsinki Pride is the biggest LGBTQ event in Finland and also the largest cultural event focusing on human rights in the country. Helsinki Pride highlights and rejoices everyone’s right to openly be as they are.

Gay Pride London attracts one of the most diverse crowds in Europe and provides a platform for every part of London’s LGBTQ community to raise awareness.

Munich Pride is the largest event of the LGBT community in southern Germany, more than 60 events are usually held within the PrideWeek.

Long Beach Pride is the third-largest Pride festival and parade in California. It is a non-profit three-day festival that celebrates the LGBTQ+ community with a focus on inclusion and diversity.

San Diego Pride takes place in mid-July with a series of events leading up to a colorful main pride parade. Other highlights include the Hillcrest Block Party and the Pride Festival.

Frankfurt Gay Pride is always a fun weekend and a colorful parade with around 40 poses. The main stage is located on the Old Town Square and is also the location of the gay village for the 3 days of pride.

Croydon Pride 2022 is London’s second-largest and free Pride festival is back for its fifth year. The festival returns to Wandle Park bringing more fun and entertainment.

Gay Pride Berlin offers one of the most eclectic pride celebrations in Europe. It is one of the biggest gay Prides in Europe, with hundreds of thousands participants each year.

Stuttgart Gay Pride may be one of the strongest political prides in Germany, but it’s also a colorful affair, combining the messages with a festive atmosphere.

Amsterdam Gay Pride takes place from the end of July to the first week of August, with all major events taking place the last weekend, including a spectacular Pride parade on the canals of the city.

Stockholm Pride is one of Stockholm’s largest annual festivals, as well as the largest Pride celebration in Scandinavia. It is a big, happy colorful event that attracts LGBT visitors from around the world.

Lazy Bear Week is the marquee event organized by The Lazy Bear Fund, an all-volunteer nonprofit organization. The objective of the week of festivities is fundraising for local, regional, national, and international LGBTQIA charities and organizations. Activities include pool parties, beach parties, dance parties, campfires, trivia, bingo, mini golf, and a whole lot more! The Lazy Bear Fund puts the “fun” in fundraising and has raised over $2 million for worthy causes—helping kids and seniors, people living with HIV, or struggling with addiction.

Mad Bear Beach Torremolinos is a summer event taking place in the hot month of August, the height of the season in Spain’s Costa del Sol. The highlight of the event will be the Mr. Mad Bear competition at Eden Beach.

Brighton Pride 2022 is back with a bang and this year the theme is Fabuloso Pride in the Park. It is a friendly event and one of Brighton’s most popular weekends, attracting thousands of visitors from around the UK and beyond.

The Prague Pride festival takes place every year in August, all the way since 2011. Nowadays it is one of the biggest cultural events in the Czech Republic.

Every August, Montreal Gay Pride takes over the streets of the gay village for 10 days in a series of concerts, parades, exhibitions, and demonstrations. Events centered mostly in Parc Emilie-Gamelin.

Antwerp Gay Pride 2022 takes place from August 10th-14th, with the Parade on Saturday, followed by the free, open-air WAVE street festival, dance parties, and many more LGBT events and activities.

Copenhagen Gay Pride is Denmark’s largest human rights and LGBTQ festival. The popular event features a huge pride parade on the last Saturday, finishing off with a big show and party at night.

Manchester Pride Festival is one of the world’s leading celebrations of LGBTQ+ life. It is a four-day celebration, culminating in a weekend of campaigning, celebrating, and fundraising over the August bank holiday.

The first full Pride festival and parade in downtown Riverside will be on Sunday, September 4, 2022.

Birmingham Pride hosts one of the friendliest street parties in the UK. Every year, the Pride weekend event attracts around 75,000 people to support the rights of the LGBTQ+ Community.

Celebrate love and diversity in a colorful week at Banff Pride. Mix your mountain adventures with the Drag Brunches, Queer-lesque performances, parties, and concerts.

The Las Vegas PRIDE celebration is expected to return with the PRIDE Parade in downtown Las Vegas on October 8, 2022, and the PRIDE Festival on October 9, 2022.

Phoenix Pride Festival will continue to be a two-day celebration designed to bring our diverse LGBTQ+ and allied communities together for a weekend of camaraderie.

The world’s famous and unique benefit party in Berlin. It has a whole weekend of fun, play and dancing with different parties and events over the weekend.

Palm Springs Pride is a unique pride festival and the largest LGBTQ gathering in the Coachella Valley. The festival includes a big parade, music stages, DJs, food vendors, and plenty of other entertainment options catering to all tastes. 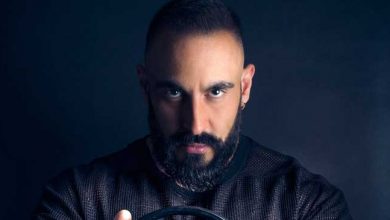 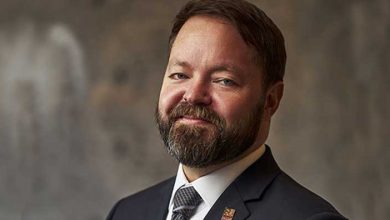 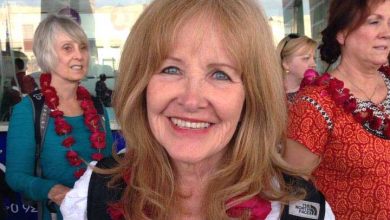 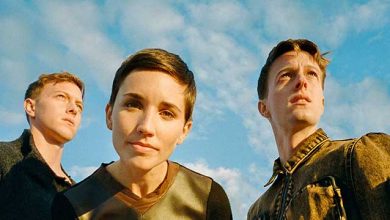