Following is a pastiche of comments on the first draft of a decision on Dobbs V Mississippi overturning Roe v. Wade. The opinion, authored by Justice Samuel Alito was leaked prematurely. The decision language may change in the final ruling.

The White House: Overturn “would mean that every other decision related to the notion of privacy is thrown into question.”

Legal historian Mary Ziegler: When the 14th Amendment was written, neither same-sex nor interracial couples could legally marry — and birth control was criminalized. So, the logic is, “if that’s how we determine where our constitutional rights begin and end, there’s no reason that would stop with abortion.”

Teresa Collett, University of St. Thomas School of Law: “Obergefell is different from Roe in that hundreds of thousands of same-sex couples have relied on it to wed and created legal bonds, like shared property, inheritance rights, and “settled expectations about the future. Courts are usually loath to undo that kind of precedent. It stands in contrast to abortion, which is usually “a response to unplanned circumstances.”

Samuel Garrett-Pate, Equality California: “To be told by a justice on the Supreme Court that our existence isn’t deeply rooted in history, that our right to exist is somehow less important than everyone else’s — because in his ahistorical view, we have not existed throughout history — it’s devastating.”

SCOTUS Justice Samuel J. Alito: “We emphasize that our decision concerns the constitutional right to abortion and no other right,” the draft states. “Nothing in this opinion should be understood to cast doubt on precedents that do not concern abortion.”

Melissa Murray, Professor of Law at New York University, “there are many things that are not written in the Constitution, which could lead to an unraveling of many rights, including marriage equality. He [Alito] says that abortion is not deeply rooted in the history of the United States, but you could say that about quite a lot of things. Until 2015, in many states, you could not marry a person of the same sex. 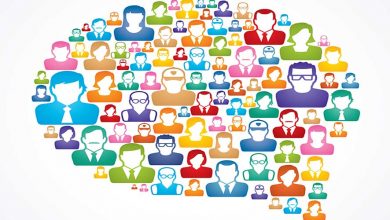