After a previous false start, An Other Theater Company will bring Larry Cramer’s The Normal Heart to Utah County.

”We originally were scheduled to produce this show in June of 2020, and unfortunately it had to be canceled due to the pandemic,” director Kacey Spadafora says. “Being able to bring such a powerful, and important piece of historical queer theater to Utah County is incredibly meaningful to me.”

Kramer’s semi-autobiographical script is set in New York City in the early 1980s and focuses on the HIV/Aids epidemic that disproportionately affected gay men in the community. It highlights the struggle of a minority group desperately needing activism to save lives and the impact of those in power failing to do so.

“The Normal Heart captures an oft-ignored moment in history so clearly. [Kramer] wrote the play specifically to bring attention to what no one was paying attention to. As a gay man, it is a privilege to be part of something like this, to be able to tell people what happened when our institutions still refuse to do so.”

The Normal Heart is the first in-person production from AOTC since July of 2021 and is produced in conjunction with Theatre Arts Guild, a Utah Valley University-sponsored club. Performances will be in the Ragan Theater on the UVU campus.

The Normal Heart runs Wednesdays through Fridays, June 15 through July 1 at 7:30 p.m. in the Ragan Theater on Utah Valley University campus.

An Other Theater Company’s mission is to bring theatrical pieces of art that are unique, fresh, empathetic, and inclusive; to foster and promote creative talent within the community; and to provide a voice to many who are overlooked in the mainstream theatre scene, including stipulations in its season selection process to highlight works by and about women and the LGBTQ community. 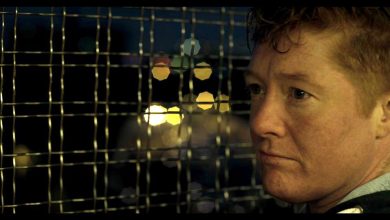 An interview with the filmmakers of ‘The Case Against 8’

Screen Queen: Spring Breakers, 42, Mud, The Ice Storm, The Place Beyond the Pines, Stoker, The Call