Social media posts in late May said that the Orem Public Library had been forced by the Orem City Council to remove two “Rainbow Month” displays in the building’s children’s and teen sections. The library’s director says that wasn’t the case.

The Utah Library Association, along with a number of LGBTQ organizations and an Orem City councilperson, issued a statement decrying the perceived censorship.

“The Utah Library Association became aware of a censorship issue at Orem Public Library through social media posts on May 29 which stated that the Orem City Council is forbidding the library from doing any displays in the children’s area related to Pride Month in Utah,” the statement began. “The library director has indicated that in spite of the positive reception and thankful comments from parents last year, there will not be a Pride display in the Children’s wing this year, and instead there will be a single display in another location in the Library away from the children’s area.”

The organization wrote that “it is unacceptable, and a possible infringement of citizen’s first amendment rights, when politicians intervene and direct staff to eliminate planned displays or have them moved to a less frequented area of the library because those politicians do not like the topic or viewpoint being expressed.”

This year and last, Utah Gov. Spencer Cox issued a proclamation declaring it Pride Month in the state, saying, in part, “we must encourage relevant and vital conversations about what it means to love each other, understand our differences, and support our LGBTQ+ friends and family members.” Cox defended the proclamation, saying, “there should be nothing controversial about supporting a group of people in our state who have historically been marginalized.”

The statement recognized a significant increase in hate crimes in Utah directed against LGBTQ people, saying, “there are real and measurable health and safety impacts to be considered when council members forbid age-appropriate displays of LGBTQ+ materials,” and noted a recent Salt Lake Tribune article reported that “officials and community members worry divisive politics could embolden future attacks.”

In response, Orem Library director Charlene Crozier told Gephardt Daily, “I wish the ULA leadership who drafted the statement would have reached out to me for clarification, because it contains false information.”

“It is not an accurate statement to say the Orem City Council has forbidden the Library to have displays in the Children’s area,” Crozier wrote. “To support members of the LGBTQ+ community and provide information and resources during Pride month, a centralized display of materials is available.”

Crozier explained that books for LGBTQ people of all ages can be found in the library and online.

ULA countered in a follow-up statement that one would just need to look at well-publicized statements by Orem City Councilmember Terry Peterson last year.

Peterson penned a letter to fellow councilmembers decrying Pride Month displays at the library. In it he said, “No matter your sexual preference, our public money and platforms should not be used to plant ideas and encourage children to question their sexuality and identity.”

“As a lifelong resident of Orem, I couldn’t be more disgusted or outraged,” Peterson continued. “This is not the role of a tax funded library.”

Current and former library staffers, who would not go public with their identities, said that the Library was threatened with budget cuts if the displays were not removed from its children’s areas. Crozier said such statements were “false and inflammatory,” noting the library is slated to get an increase in funding if the 2022–23 budget is passed.

Minutes of City Council meetings are no longer archived on the city’s website as of April of 2021.

ULA wrote that there are no displays of age-appropriate materials in the children or teen sections, despite strong support for last year’s displays. Crozier, in statements last year, had strongly defended the displays, and noted the strong support from community members and parents.

“Those are the facts as we know them,” ULA’s follow-up statement reads. “We stand by our statement, and we encourage the Orem City Council to publicly state that no member of the Council or City government expressed to the Director, whether directly or indirectly, any thoughts about the appropriateness of any library displays related to LGBTQ+ materials or other observance of Utah LGBTQ+ Pride Month.” 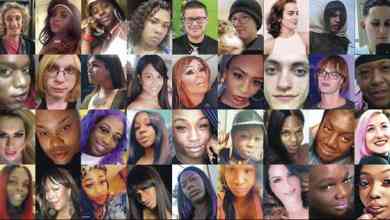