A Facebook post by the St. George Police Department and a decision to approve a permit for an event to tape a drag show had city residents flood a city council meeting.

One city council member was up in arms over a police department Facebook post with a graphic reading, “No hate, Just love. Happy Pride from the St. George Police Department.”

Online response to the post was divided between the many who thanked the police department for its support of the Pride Month and a few who decried the post, saying the department should stay away from identity politics.

St. George Council Member Michelle Tanner added fuel to the divide by posting, “What does celebrating someone’s sexuality have to do with our police department? Who’s running this social media page, and why are our tax dollars being spent to promote someone’s sexuality?”

City council member Danielle Larkin was supportive of the post, saying, “As long as there are those amongst us who do not feel safe simply existing as themselves in public, we have a responsibility to reach out in LOVE to let them know that they are safe with us,” and “May we celebrate PRIDE MONTH in the spirit of healing and inclusion, honoring the right of every American to live authentically and freely.”

Then, a decision to approve a special event permit for a drag show had a mayor and city manager defending their actions. The drag show, sponsored by HBO’s “We’re Here” reality show, drew concerns from Tanner and some residents.

In response to the letter and social media around the event, St. George Mayor Michele Randall posted a statement on Facebook in support of the city manager’s decision and debunking a number of issues brought up by Tanner.

Randall wrote that the “We’re Here” producers fulfilled the requirements for a special event permit from the city, and the city had no valid reason to deny the event. She said the city might have faced litigation for refusing the event. The city, she wrote, did impose various restrictions on the event that producers and all involved complied with.

Out of fear that the event might be canceled, Pride of Southern Utah called for support for the event at the St. George City Council meeting, drawing a large response overwhelmingly in favor of the show.

Individuals were given three minutes to speak at the meeting for nearly an hour. Only two people spoke against the drag show and the promotion of Pride Month in general. The rest offered pleas to the City Council to allow the drag show to continue and show support for the LGBTQ community rather than condemnation.

“Having this event sends a message that all are welcomed here. It’s not a political statement,” said Linda Stay, a longtime LGBTQ-plus advocate, and mother of three gay children.

Transgender man August Carter Nelson shook with emotion as he spoke to the council.

“Some people think we are responsible for the downfall of society,” he said. “Being trans is something I have to deal with every single day, and I am terrified to stand in front of you and say that.”

“If I don’t come up here, how else will people know there is a need for change? Being able to stand by and do nothing is not a luxury I am able to afford,” he continued.

Nelson said those who choose not to stand up and voice opposition to bigotry are lending their silent support to it.

“You’re letting queer people know you don’t care about what is happening to them,” he said. “You are the reason I am scared for my future.”

St. George gay activist Chris McArdle said there is a lot of love in St. George for all people.

“There’s so much love in our community, and it astounds me that someone could possibly be against us gathering for anything. We stand for love and acceptance,” he told St. George News.

In the series, the drag queens travel across the United States to recruit small-town residents to participate in one-night-only drag shows. A St. George’s resident who goes by the name Tonilicioius joined the show on stage.

“Contrary to some of the messages I have been receiving labeling me a ‘bigot’ etc. for requesting that a TV-MA HBO show be held in an appropriate mature venue (not a children’s area), I actually support individual rights to live how you want to live,” Tanner wrote. “My brother is gay; I have friends who I love dearly who are gay and I have always supported them. Let’s not confuse the issues here.”

Tanner did not respond when commenters said the event was well after the children’s museum, splash area, and carousel were closed for the night.

Show co-creator Stephen Warren thanked those who went to the city council meeting to support the community and the show.

“There were a number of speakers (at the city council meeting) that said it will literally save lives,” Warren said. “You don’t think that a drag show will save lives. But actually, the reality is that the presence of people out in celebrating life openly does save lives.”

“We’re so happy to do it in this beautiful, majestic community,” Co-creator Johnnie Ingram said. “We have been here in St. George for a week. We have met some of the most open-minded, incredibly nurturing, supportive people in this beautiful physical setting. There is a spirit of community and togetherness that I’ve been very, very impressed with.” 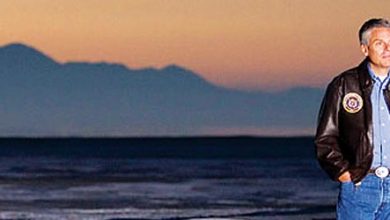