State Farm is no longer there

Niche marketing during June Pride Month has riled some of State Farm’s good neighbors. Media reports and inquiries from customers and others about the company’s distribution of LGBTQ-themed books to teachers, community centers, and libraries, explicitly targeting children as young as kindergartners have forced the company to abandon the program. State Farm informed agents it was canceling a collaboration with GenderCool, an organization promoting LGBTQ teaching via speaking events, mentorship programs, DEI/HR consulting, and advising for parents of transgender children.

Just when men who used to be called gay have started to lose the stigma of HIV-AIDS, here comes monkeypox. A small outbreak in Europe and an even smaller outbreak in North America may be spreading through sexual contact. The World Health Organization says cases have mainly been identified amongst “men who have sex with men.” Monkeypox is normally limited to West and Central Africa. The outbreak in Europe has been traced to “raves” in Barcelona and a “fetish” festival in Belgium. Some U.S. cases have been traced to a Mr. Leather Competition in Chicago. Two of the 50 cases reported in North America are in Salt Lake County, Utah. Might be hard to explain those cold sores at Elders Quorum.

As some of the charges and civil actions about Kevin Spacey’s ill-mannered come-ons in bars, at parties, and on movie sets are going away, British prosecutors just authorized several counts of sexual assault charges against the actor. The incidents, four counts of sexual assault against three men, as well as another count of “causing a person to engage in penetrative sexual activity without consent,” is alleged to have taken place in Great Britain between March 2005 and April 2013. The U.S. charges, dating as far back as 1986, have been dropped, dismissed, or settled. Except for some self-flagellation on YouTube, Spacey has been absent from theatrical work. He has two projects showing at the Cannes Film Festival and two other streaming movies in the works. MeToo Karma may get these canceled, as well

We thought it was Ken

Many people, on personal inspection of the Ken Doll in the Barbie line, figured Ken was the first transgender figure. However, actress and LGBTQ rights activist Laverne Cox is officially the first transgender person to have a Barbie doll named after her. Cox was praised by Barbie maker Mattel for her ability to move “beyond societal expectations to live more authentically.” The Cox doll comes in a crimson corset worn over a gown and a silver jumpsuit. It is not an exact likeness of Cox but, in the tradition of Barbie’s bustline, is symbolically “monumental.” The Cox Barbie is currently among the best-selling dolls on Amazon. Incidentally, Ryan Gosling has been announced as Ken in an upcoming “Barbie” movie.

Cheer squad mixes it up

She said even her best friends didn’t know she was a transgender woman, but they all do now. The Carolina Panthers professional football team chose Justine Lindsay as a member of the “TopCats” cheerleading squad. She is the first openly transgender cheerleader in the NFL. She actually did the outing by announcing on social media. “This is a moment I will never forget and I cannot wait to show you all what this girl has to bring,” she wrote. The director of the cheerleading squad said that it was not niche marketing, but Lindsay’s skills that landed her place on the team.

PRO — Pennsylvania’s House of Representatives unanimously voted to eliminate the word “homosexuality” from the state’s criminal code. Republican State Rep.Todd Stephens introduced the bill, saying, “Eliminating this archaic language will also help promote a culture of acceptance and inclusion for our LGBTQ community across Pennsylvania.” This is Stephens’ second attempt to revise Pennsylvania’s law against sex work defining sexual activity as “homosexual and other deviate sexual relations.”

CON — Florida’s governor said he would consider signing a law sanctioning parents who take their children to drag shows. Legislation is proposed to charge parents with felonies and terminate parental rights for bringing a child to a drag show. The governor said, “We have child protective statutes on the books. We have laws against child endangerment.” He referenced a video of the “Drag the Kids to Pride” event in Dallas, Texas, which sparked political outrage. “You had these very young kids, they must have been 9, 10 years old at a ‘drag show’ where they were putting money in performers’ underwear. That is totally inappropriate,” he said.

CON — Louisiana Gov. John Bel Edwards allowed a bill that regulates transgender women in competing in school sports programs with cisgender females, to become law without his signature. Louisiana is now the 18th state to pass a transgender school sports law. Edwards, a moderate Democrat, vetoed a similar bill in 2021. Legislators passed this year’s bill with a veto-proof majority. The law, targeting any school which receives state funding, does not affect intramural sports or restrict participation by transgender men in “men’s sports programs.”

Virginia’s governor has been accused of using “LGBTQ+ people during Pride Month as pawns in his political game” for hosting a Pride celebration. Equality Virginia says the governor does not support same-sex marriage, supported “license to discriminate” laws and opposes transgender kids competing in school sports on the teams that best fit their gender identity. EV encouraged people to boycott the event, saying the Pride Month reception, announced 48 hours in advance, is offensive and opportunistic. James Millner, of Virginia Pride was invited to the reception but refused to attend. He says that while he’s suspicious of, God forbid,  the governor playing politics, he’d be willing to engage with the Republicans if they made sincere overtures toward the community.

Primary elections resulted in some notable wins for LGBTQ+ candidates.

Zooey Zephyr, Missoula, Montana, a bisexual transgender woman, won the Democratic primary in Montana House of Representatives District 100. Missoula is a university town and is considered a Democratic Party stronghold. ZZ is expected to TOP the GOP candidate

Andrea Olsen, Missoula, Montana, the incumbent in ZZ’s race, chose to run for state Senate instead. The noted straight ally won her primary to replace gay Democrat Bryce Bennett who left to join a voting advocacy group in Washington, DC.

SJ Howell, Missoula, Montana is likely to become the state’s first nonbinary legislator. Howell is considered a shoo-in for Democrats.

Liz Bennett, Iowa, a visible bisexual, left Iowa’s House of Representatives to win the Democratic primary for the state’s Senate in District 39, in the Cedar Rapids. She will face Republican Edward “Bernie” Hayes. Iowa is voting, mostly, Republican, right now.

Robert Garcia, Long Beach, California.  The mayor of Long Beach, Calif., since 2014, and now he’s running for U.S. House of Representatives in the 42nd Congressional District. In California’s nonpartisan primary, Garcia, a Democrat, received about 45 percent of the vote. There is no incumbent in the race and Garcia faces a Republican who came in second with 29% of the primary vote.

Will Rollins, Palm Springs, California. Rollings is another Democrat who advanced in a California primary, this time in a competitive congressional district. Rollins, who is gay, came in second to the Republican in the newly drawn 41st District; which includes the City of Palm Springs.

Ricardo Lara, California. The incumbent Insurance Commissioner was first elected to the office in 2018. He finished first among nine candidates in the primary for the statewide office, with 37 percent of the vote.

Christy Holstege, Palm Springs, California. Holstege finished first with 50 percent of the vote in the race for California Assembly from District 47. A visible bisexual, Holstege is currently a member of the Palm Springs City Council and served for a time as mayor of the city.

Hanks would be yanked from Philadelphia

Actor Tom Hanks won an Oscar for his role in the 1993 movie “Philadelphia” as a gay man with AIDS. He told the New York Times that if the production were created today, a straight actor wouldn’t be cast in that role. Even one as good as him.  Hanks looked back on his part in groundbreaking films. He called both “Philadelphia” and “Forrest Gump” (1994) “timely movies, at the time, that you might not be able to make now.” He did not opine on Antonio Banderas being cast as his romantic partner in the film.

Congressional action on the Equality Act, which codifies into law many LGBT protections, is stalled. So, seemingly not to care about being accused of using “LGBTQ+ people during Pride Month as pawns,” he penned a presidential executive order aimed at getting some action on features of the EA announced just prior to a Pride Month reception at the White House. The order directs the Departments of Health and Human Services, State, Defense, Education, Justice, Transportation, Energy, Housing and Urban Development, and Agriculture to develop plans to protect LGBT rights. The focus will be on ending conversion therapy for gay and lesbians, encouraging gender-affirming therapy for transgender youth and adults, mental health and suicide prevention, job and housing discrimination, and fighting hate crimes. The order also directs independent federal agencies like the Federal Trade Commission and the Centers for Disease Control and Prevention to issue LGBT-friendly guidelines and advisories. The order asks federal departments and agencies to push back through regulatory measures like denial of federal funding and lawsuits against states passing what are considered anti-LGBT laws. Congress rarely acts to block executive orders, but an order is not law so, the next president can rescind or modify any order as they see fit. 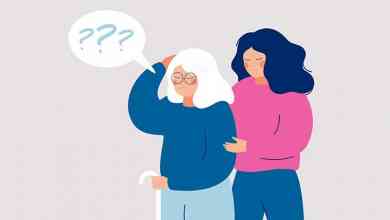