Congratulations to Rebel Wilson, who has come out as queer — no thanks to The Sydney Morning Herald, the paper that that gave her an ultimatum before trying to out her — and is currently part of a project that’s unlike anything she’s done before. The comic actor, a bright spot in the “Pitch Perfect” films, has taken on her first non-comedic role in the upcoming release “The Almond and the Seahorse.” The film comes from Welsh BAFTA winner Celyn Jones, who co-wrote with Kaite O’Reilly (adapted from her stage play) and who co-directs with cinematographer Tom Stern (Oscar-nominated for the 2008 Clint Eastwood film, “Changeling”). Wilson and Jones star as a couple who have to reset their life course after a traumatic brain injury, and the consequences that has on their relationships with friends and family. There are some acclaimed co-stars here, too, with Charlotte Gainsbourg (“Nymphomaniac”) and Danish actress Trine Dyrholm (“Nico, 1988”) part of the supporting cast. The film is set for release later this summer.

It has been 44 years since comedy legend Carol Burnett, whose comedy-variety program “The Carol Burnett Show” ran from 1967 to 1978, has been a series regular. Now she’s back in the Apple TV+ comedy “Mrs. American Pie” alongside Kristen Wiig. The upcoming series, created by gay screenwriter Abe Sylvia (“The Eyes of Tammy Faye”), is based on novelist Juliet McDaniel’s “Mr. & Mrs. American Pie,” and will be co-executive produced by Sylvia, Laura Dern (who may also co-star) and “The Help” filmmaker Tate Taylor (who’ll direct). Set in the 1970s, the 10-episode series will focus on Wiig’s character launching a desperate attempt to break into Palm Beach high society, with Burnett starring as the queen bee of this exclusive social circle. Rounding out the cast will be Allison Janney, Leslie Bibb, Josh Lucas and Ricky Martin. With this much queerness in the mix, it seems like it should drop during next year’s Pride month.

If you saw the recent documentary “No Ordinary Man,” co-directed by Aisling Chin-Yee and Chase Joynt, you saw their boundary-stretching approach to telling the story of trans jazz musician Billy Tipton. Now comes Joynt’s solo directorial debut, “Framing Agnes,” which has just been acquired for distribution by Kino Lorber. Written by Joynt and Morgan M. Page, the film features trans performers and academics — much like “Ordinary” did — including Jules Gill-Peterson, Angelica Ross, Jen Richards, Zackary Drucker, Max Wolf Valerio, Silas Howard and Stephen Ira, who’ll speak and re-enact key moments of transcripts from a UCLA gender study of the 1960s. Agnes (a pseudonym) was a trans woman who participated in the study and the film is a step forward in understanding the scope and varied experiences of trans identities. “Framing Agnes” has already played at a variety of film festivals to glowing critical response and a Sundance Film Festival NEXT audience award, so look for it to hit arthouse theaters probably sometime later this year.

‘Loving Highsmith’ is coming to remind you that you love Highsmith

She had to lead a closeted life for quite a while, but few 20th-century novelists did more to push queerness into the culture than Patricia Highsmith. “The Talented Mr. Ripley,” “Strangers on a Train” and “The Price of Salt” (written under the name “Claire Morgan” and adapted as the Todd Haynes film “Carol”) have all left indelible marks on fiction, so it was high time for a documentary about the woman who created them all. Zeitgeist Films, in association with Kino Lorber, has acquired the North American rights to Eva Vitija’s documentary, “Loving Highsmith.” Based on Highsmith’s personal writings — including newly published diaries and notebooks — as well as accounts provided by her family and people who surrounded her, “Loving Highsmith” explores the writer’s career and her relationship to her own lesbian identity, one that was often difficult to navigate in a time when coming out was often a career-sabotaging act. There’s no release date yet, but it’s safe to assume it’ll land at your local arthouse cinema sometime before 2023. 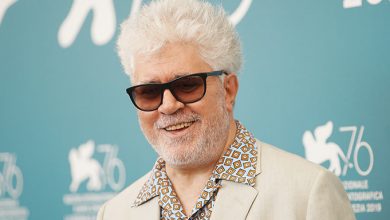 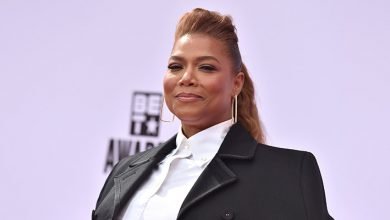