The Utah Film Center will host an outdoor screening of the documentary “Mama Bears” Friday, July 8 at Liberty Park.

“Mama Bears” is an intimate exploration of two “mama bears” — conservative, Christian mothers Sara Cunningham and Kimberly Shappley who have become fierce advocates for LGBTQ+ people — and a young lesbian, Tammi Terrell Morris, whose struggle for self-acceptance exemplifies why the mama bears movement is so vital.

Spread across the country but connected through private Facebook groups, they call themselves “mama bears” because while their love is warm and fuzzy, they fight ferociously to make the world kinder and safer for all LGBTQ+ people.

Although some may have grown up as fundamentalist, evangelical Christians, mama bears are willing to risk losing friends, family, and faith communities to keep their offspring safe — even if it challenges their belief systems and rips their worlds apart.

“The Saint of Dry Creek,” which showed at the Sundance Film Festival in 2016, is about Patrick Haggerty, who was a teenager in rural Dry Creek, Wash., in the late 1950s. Here, he remembers the day he first had a conversation with his father about being gay.

“The Little Deputy, which showed at Sundance Film Festival in 2015, is a 9-minute Canadian film directed by Trevor Anderson about him trying to have his photo taken with his father.
Doors open at 8 p.m. and movies begin at dusk.

RSVP for the free film at ­utahfilmcenter.org/event/mama-bears/ 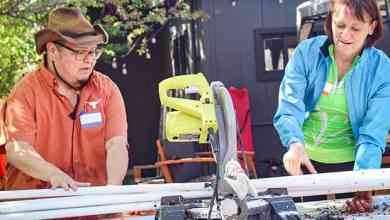