You’ve always looked up to your dad.

Sometimes it happened literally, like when you were a child and “up” was the only way to see his face hovering over yours. You’ve looked up at him in anger, embarrassment, dismissal, and yeah, you’ve looked up to him in the best ways, too – never forgetting, as in the memoir “Magic Season” by Wade Rouse, that sometimes, the hardest thing is seeing eye-to-eye.

He couldn’t catch a baseball, either, and he wasn’t much of a runner as a young boy. He tried because his father insisted on it but Rouse was better with words and books and thoughts. He was nothing like his elder brother, Todd, who was a natural hunter, a good sportsman, and an athlete, and their father never let Rouse forget it.

And yet, curiously, Rouse and his dad bonded over baseball.

Specifically, their love of Cardinals baseball became the one passion they shared. The stats, the players, the idea that “Anything can happen,” and the hope that there’d be a World Series at the end of every season were the glue they needed. It was what saved them when Todd was killed in a motorcycle accident. When Rouse came out to his father, Cards baseball was what brought them back together after two years of estrangement.

In between games, though, and between seasons, there was yelling, cruelty, and all the times when father and son didn’t communicate. Rouse accepted, but didn’t like, his father’s alcoholism or his harsh life lessons: his father didn’t like Rouse’s plans for his own future. Rouse admits that he cried a lot, and he was surprised at the rare times when his father displayed emotion – especially since an Ozarks man like Ted Rouse didn’t do things like that.

Until the time was right.

Love, Wade Rouse says, is “shaped like a baseball.”  You catch it, throw it, or hit it out of the park, but “You don’t know where it’s going.”

Just be sure you never take “your eye off it, from beginning to end.”

First, though, you’re going to laugh because author Wade Rouse is a natural-born humorist and his family is a great launching pad for him despite the splinters and near-clawing despair of the overall theme of this book. That sense of humor can’t seem to let a good story go, even when it’s obvious that there’s something heartbreaking waiting in the bullpen.

Which brings us to the father-son-baseball triple-play. It may seem to some readers that such a book has been done and done again, but this one feels different. Rouse excels at filling in the blanks on the other, essential teammates in this tale and, like any big skirmish, readers are left breathless, now knowing the final score until the last out.

If you like your memoirs sweet, but with a dash of spice and some tears, right here you go. For you, “Magic Season” is a book to look up. 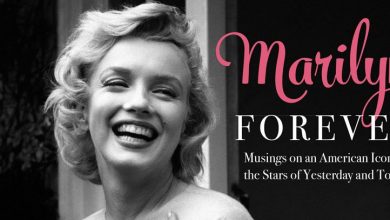