In ‘They/Them,’ the ‘Footloose’ actor’s character has surprises in store for this camp’s new queer recruits

Kevin Bacon is back at camp. Not Camp Crystal Lake, where the 64-year-old actor met his gruesome demise in the original 1980 horror classic “Friday the 13th.” But at the kind of camp that is a horrific reality for queer youth — conversion therapy camp. In “They/Them,” Bacon, partly famous for being stalked by Jack on “Will & Grace,” runs the Whistler Camp, a place sold to LGBTQ+ teens as welcoming and inclusive when just the opposite is true.

In openly gay writer-director John Logan’s film, vulnerable queer recruits, led by non-binary actor Theo Germaine’s Jordan, arrive both optimistic and skeptical to Whistler, under the impression they’re seeking ultimate happiness. But when the pressure to conform is dialed up, that future prospect comes at the expense of their personhood.

Known for his roles in “Footloose,” “A Few Good Men” and “Tremors” (some might say his best work was in “Wild Things”), Bacon took a few minutes to chat about the role and how the film challenges LGBTQ+ horror tropes.

When you look back at your career, who is scarier: Owen, Jason or the underground creepy-crawlies of “Tremors”?

[Laughs.] This is how I would compare those: The Graboids [in “Tremors”] are actual monsters. Jason is technically a human being, but he seems to have evolved into having almost kind of supernatural power. But the scariest part about Owen is that he’s a real man. He could be in your family.

As the camp leader, you really tap into this sort of warmness that’s very unsettling.

That’s something that John Logan and I talked about a lot. We didn’t want to come right out of the gate and have the guy be a drill sergeant or kind of Bible-thumping or terrorizing people right away. We wanted to bring everybody in in a gentle and warm sort of embrace, you know? And that left us a place to go so that when the anger and the fear and the manipulation and the darkness of Owen’s character come through, it comes as a little bit more of a surprise and becomes more chilling in that way.

You really embody that. For someone who’s long been an LGBTQ+ ally, what was the appeal of doing a movie set at a conversion therapy camp, given the actual horror of that process?

You know, it’s one thing to make a movie about very important issues. But sometimes you can make small dramas about these things and you’re gonna be preaching to the converted because they’re not gonna have any kind of widespread appeal. Whereas if you can take, as John so brilliantly did, this horrible notion and package it in a film that has the possibility of widespread viewing, then there’s something beautifully Trojan horse subversive in the messaging.

I think what John really wanted was for young people on the fringes who are feeling bullied or are closeted or living in some part of the country where who they are is completely unaccepted, to be able to see themselves up on that screen and feel a sense of identity. But the best outcome would be someone who thinks in the same way that Owen thinks or that Carrie Preston’s character thinks and sees this and questions this very notion of conversion. They’ll think, “Oh, well, wait a second. This is just not right.”

Have you known people like Carrie Preston’s character or an Owen and had to have a conversation about why conversion therapy is not the right route for a queer child?

I can’t say that I have. I also have a feeling that if they did feel that way that they probably wouldn’t bring it up with me. But also, maybe that just speaks to kind of [this] rarefied bubble of an existence that I live in.

How do you think the film represents the trans community in a different light, as opposed to the typical way they’re portrayed in horror films — as victims or villains?

Horror can be different genres, as you know. There’s psychological horror and there’s slasher movies. There’s monster movies, zombie movies, ones with vampires. You know, there’s different kinds of worlds. In the slasher world, the tradition was to take things that society had deemed morally wrong such as drug use, premarital sexuality, homosexuality, goofiness, race, obesity, anything, and kill those people. People seemed to agree that that was a good idea. And so this movie is definitely flipping that notion.

I think that horror in general — “Get Out” being one of the great examples of this — is having a little bit more of a pointed view. As far as I’m concerned, it can just be… somebody in a closet with a knife, if it’s done well. But I do think that [“They/Them”] has more of a pointed view. And I can tell you that [during] the first scene that we shot in the movie, me walking out on that porch and looking at those people, I was really trying to stay in the headspace of the character. I have to say that I felt a tremendous amount of pride with the fact that these young people were standing there in front of me, and brought together in this film by John Logan and Blumhouse in order to be genuine representations of all different kinds of people that make up this society.

When in your career do you first remember being aware that you had an LGBTQ+ fanbase?

I honestly… I’m so happy to hear that. That never even crosses my mind. Great. That’s cool. Maybe I became aware just now, in this moment. [Laughs.]

No way. Not the guy who did “Wild Things.” There’s no way that there weren’t gay men coming up to you on the streets and acknowledging that role.

[Laughs.] Well, you know, “Wild Things” was crazy because I didn’t even really think about the fact that male nudity would get so much attention. It was something that I… I don’t know. I mean, it’s just naïve of me, but it didn’t even cross my mind that it was gonna become what it became. But it was great, and I like to be acknowledged in any kind of way, so thank you for that. 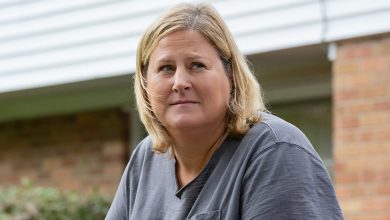 Bridget Everett on the power of chosen family 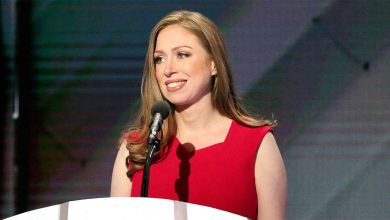 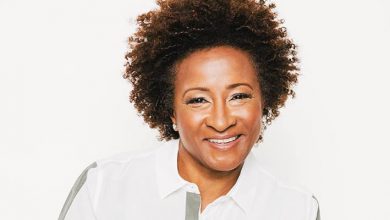 Good Things Come to Those Who Are Megan Mullally