Oh, and they can fly.

“My Brother was a Vampire” is a horror comedy that follows a bizarre, broken, and blisteringly brazen journey in reverse.

Morag Shepherd, how would you describe “My Brother was a Vampire“?

I describe “My Brother was a Vampire” as a horror comedy because I really wanted to try my hand at writing something scary and suspenseful. I wanted to write something that evoked the presence of someone, or something, lurking just out of sight, to represent a paranoia, or an unknown. The comedy part of the equation shows up by a fairly heavy dose of dead-pan sarcasm in the relationship between siblings Callum and Skye. I liked the idea of having the audience balance right on the edge of laughter and discomfort and I constantly tried to play with the line between comedy and horror.

What inspired you to write it?

I really love the Swedish film “Let the Right One In,” and was actually able to stage it in Provo at An Other Theater Company a few years ago. I love how that piece is both so violent and completely innocent all at the same time, and I wanted to capture a similar kind of contradiction. I was also greatly influenced by the band The Smiths and how we just love to be depressed by their songs sometimes!

What is unique about the play?

We first meet Skye and Callum in their forties, and then in each subsequent scene they are five years younger, so by the time we get to the last scene they are five and eight. By following a different dramatic structure, the story is less a trauma tale and more about the characters and their relationship, which is both sweet and fierce. In addition, it was fun and challenging to write about the different aspects of vampire folklore.

The thing I like the most about this piece is the interplay between the siblings. They aren’t particularly likable or moral or happy, and are their best and worst when they are around each other. Sometimes they are horribly cruel and funny, which makes it so that when they are soft and sweet, it really pops.

How do you describe Skye (played by Sydney Shoell) and Callum (played by Benjamin Young)?

From a young age Skye always tries to take on Callum’s pains and discomforts. She does this in a paranormal way, and because of this gift or power, she sometimes crosses lines and hurts him. When we first meet Skye, she flies onto the stage because she has more fully transitioned into a vampiric state. In this condition, Skye is at her most cold and sarcastic, which is hilarious. As our experience of her rolls on, the hard, outer layer of her personality burns off, and she is warmer.

Callum has learned throughout his life to self-medicate as a coping mechanism. When he does this, we realize that Skye knows about it and feels it in her arms and hands. Although we already know that his fate is sealed at the top of the show, it is still hopeful to see how he is almost naive to the people around him. Callum looks for the best in his mother, even though she has been thoroughly thoughtless to he and Skye. He doesn’t want to blame others for how his father was, and tries to show up for and care for Skye, even when it is less of a help and more of a burden.

Morag Shepherd has previously premiered her plays “Not One Drop” and “Flora Meets a Bee” at Plan-B Theatre. Her latest, “My Brother was a Vampire,” premieres November 3–13 for Plan-B Theatre’s 32nd Subscription Series, featuring Sydney Shoell (they/them) and Benjamin Young (he/him). Details, including COVID-19 safety, and tickets at planbtheatre.org/vampire. 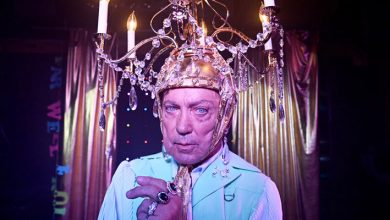 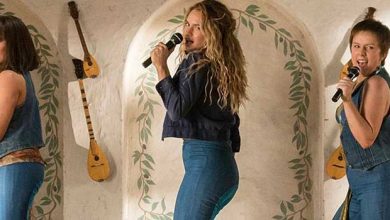 Video: ‘Mamma Mia! Here We Go Again’ trailer is out, is Meryl?