Soon, Americans will go to the polls to vote in the Congressional elections. Here in Utah, one of the candidates vying to be your voice in the House is a member of the LGBTQ+ community, and a dad to 6-year-old son, Mason.

I had a chance to speak with Nick about the race.

What made you decide to run for Congress?

I decided to run for Congress because I see the way our country is headed and how divided we are. I can’t stand by and let the country I love be torn apart by lies and misinformation. Most politicians don’t actually want to help the people, just themselves.

How do you think being openly bisexual will influence the campaign?

Being open about who I am will most likely have a positive impact on the campaign. I’m in this to help the everyday Utahn because I am one. I want people to live the best life they can, and when one is authentically themselves, life is so much better and happier.

There are many facets of who I am — Black, bisexual, a father, scientist, millennial, and renter. All of these make me a different type of candidate than the voters of Utah are used to. Representation matters and I believe voters will find it refreshing to have a candidate who is open, authentic, and honest.

What insights into policy do you think being a bi dad gives you?

One major advantage being a bisexual dad gives me is a different perspective. While there are many of us, few of us are at the table when decisions are made. Politicians often share similar backgrounds that don’t represent the people, and being a bi dad of a young son gives me a different understanding than those usually found in Washington

What areas will you focus on should you get elected?

My top priorities are defending workers’ rights, making healthcare more affordable, and tackling the environmental crisis. Yes, it will take a ton of effort to address these issues, but I will work across the aisle to create bipartisan, common-sense legislation that actually helps people.

A few issues I would immediately address with standalone bills include setting term limits for all elected and appointed officials, overhauling campaign finance laws to remove the influence of corporate PAC and lobbyist money in elections, and preventing insider trading among Congress and immediate family members.

What do you think are the biggest issues facing LGBTQ+ families?

Unfortunately, there are several issues facing our community, especially in schools. The relentless attack on trans youth, especially athletes, has been both heartbreaking and infuriating.

Additionally, there is an attack on teaching about LGBTQ+ issues in schools. Being Black, it reminds me of the attempt to hide the Tulsa race massacre, Japanese internment camps, and the genocide of Native Americans. If we want our kids to succeed in life, we need to teach them the complete history of our country, not pick and choose what we teach them.

What would Rep. Mitchell do to address them?

I will address these issues with strong advocacy for our community, voting to protect our rights. I will listen to the transgender student and the teacher being harassed for creating a welcoming environment. I will fight bans on books covering topics of LGBTQ+ identity, race and racism, and the complete history of our country.

To learn more about Nick and his run for Congress, visit nickmitchellforcongress.com 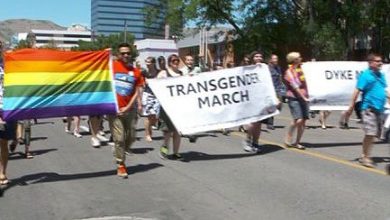