During an interim session of the Utah Legislature, the Health and Human Services Interim Committee advanced a proposal to ban gender-affirming surgeries on minors in Utah, teeing up a debate on the contentious issue for the upcoming 2023 session.

Saying it was “with some reluctance that [he] enter into the policy debate regarding the health care of transgender minors,” Republican state Sen. Michael Kennedy opened by misstating the position of the World Professional Association for Transgender Health and the Endocrine Society in treating transgender people under the age of 18. What he skips over is the requirement the organizations suggest, which is the participation of a reputable doctor with knowledge of transgender medical issues.

WPATH gives guidance on treating minors who are on the onset of puberty, including that the minor must have “demonstrated a long-lasting and intense pattern of expressed or suppressed gender nonconformity or gender dysphoria, gender dysphoria emerging or worsening with the onset of puberty, the adolescent’s situation and functioning being stable enough to start treatment, and the adolescent giving informed consent (in the case of an emancipated minor) or the parents or other guardians consenting to the treatment.

The United States division of WPATH has made several statements regarding state intrusion in the decisions between a doctor and the minor and minor’s family.

“The US Professional Association for Transgender Health believes that decision-making regarding the use of hormone therapy or puberty-blocking medicine in transgender adolescents should involve physicians, psychologists, and other health personnel, parents or guardians, adolescents, and other community stakeholders identified on a case-by-case basis,” USPATH wrote in a statement in April. “USPATH opposes recent efforts in several states to restrict parental rights and direct the practice of medicine through legislative or executive action. These efforts lack scientific merit, and in some cases misinterpret or distort available data, or otherwise lend credence to individual opinions in the literature that are at odds with the overwhelming majority of experts and publications in this field.”

USPATH goes on to praise the Idaho Legislature for its restraint in passing legislation that overrides decisions made between families and medical professionals.

“Fortunately, there are state governments which have examined this issue and have come to a more scientifically grounded conclusion. Specifically, we applaud the Idaho State Senate Majority Caucus, who, when recently presented with proposed legislation from the Idaho State House of Representatives (HB675) which would outlaw all hormone therapy and puberty blockade for transgender minors, declined to act and issued a statement that such a law would interfere with parental rights and decision making that should be based on discussions between physicians, parents, and children, and would be out of step with the recommendations of the Idaho Medical Association,” USPATH’s statement continued.

“We encourage other state legislative and executive bodies and agencies to follow Idaho’s lead on this matter and defer setting policy and practice guidelines to clinicians, scientists, and researchers in this field,” the statement ended.

“The evidence for whether or not this actually does what we hope it does for these individuals is weak. It’s available, but it’s weak. All I’m asking for is that we be thoughtful about what is a novel treatment before we open this up to whatever anybody wants to do,” he testified.

WPATH’s published statements say otherwise, saying “based on clinical and peer-reviewed evidence that gender affirming/confirming treatments and surgical procedures, properly indicated and performed as provided by the Standards of Care, have proven to be beneficial and effective in the treatment of individuals with transsexualism or gender dysphoria.”

Sen. Jake Anderegg, R-Lehi, asked a clarification question by quoting from a controversial study that found suicidality increased, rather than decreased, after transgender surgeries.

The study that conservatives use in these debates is from the UK and involved only 27 participants that were chosen by self-selection rather than randomly selected.

Others in the committee hearing stated that the passing of such legislation would most likely result in litigation.

“I think the guarantee we absolutely can count on is if we pass this legislation, there will be a lawsuit. The state will be involved in very, very expensive litigation. And I do believe the state will lose,” said Rep. Jennifer Dailey Provost, D-Salt Lake City.

Kennedy’s bill would prohibit both surgical and hormonal treatments for transgender minors, with some exceptions for intersex minors with specific DNA or physical characteristics.

The motion to pass the legislation favorably to the 2023 legislative session passed 4–1 in the Senate and 8–4 in the House. Q 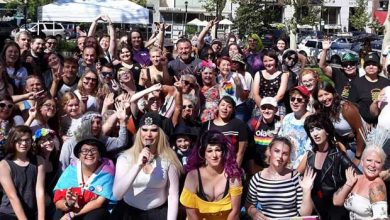