In writer-director Todd Field’s latest film, “Tár,” there’s a sense of intoxication in play, an air of fascination in the treatment of his leading character as a kind of monument — albeit one shadowed with foreboding.

The film introduces Cate Blanchett as Lydia Tár, a contemporary classical conductor and composer at a career high, soon to restage Mahler’s fifth symphony with the Berlin Philharmonic; given that we encounter her at the absolute top of the heap, it’s unclear how much higher her star could rise.

From the artful silhouettes of Lydia’s suits to her collection of fine books and records to her marriage to Sharon, her orchestra’s first violinist (played by the brilliant German actress Nina Hoss), her life seems to unfold in a kind of walled garden appointed with grand, well-chosen features. Even as the film renders her career achievements as monumental — so much so that her status as an EGOT is tossed off as an aside — the matter of her lesbianism is framed both in her words and the film’s portrayal quite casually, making the question of what being lesbian means to Tár (and to “Tár”) as much a mystery as the nature of the dizzying array of works she must have scored.

Blanchett, probably known best to queer audiences for her starring role opposite Rooney Mara in Todd Haynes’ 2015 romantic drama “Carol,” recently told Variety that the character’s lesbian status is “not the headline or the issue,” adding that she admired the role’s matter-of-fact treatment. And Blanchett’s right, at least about that casualness: Lydia’s life as a lesbian, her position as a prominent woman in a male-dominated field, and her mothering of a daughter, Petra, are all treated as natural facts of her life. Instead of these features serving as primary features of her identity, her life seems defined by her discipline, privilege and prowess; she expresses skepticism even of her gender having impacted her career, and at one point suggests scuttling the identity-based parameters of a charitable fellowship aimed at supporting female musicians. A girlboss who’s transcended making a fuss about it, she luxuriates in a position of power countless women could only dream of.

And they do. For the women in the field who surround her — none enjoying anywhere near her level of celebrity — Lydia’s way of being provides a tantalizing spectacle, arousing a sense of professional aspiration that becomes bound up in more traditionally charged forms of desire. And as the film progresses, the feeling only grows. For Lydia’s assistant Francesca (played with a watchful reticence by Noémie Merlant, just as splendid as in “Portrait of a Lady on Fire”), Lydia’s position — as her boss, a key gatekeeper and a model for her own wants — stands as a defining feature of her life. For Francesca, and for others, and especially queer women, Lydia’s power — alongside, surely, her charisma and her craft — are understood to generate both an attractive and a repellent charge.

But it’s more than incidental that Lydia knows and plays on this, bringing the movie to a place of meditation, as she barrels into a web of scandals, on what female power means. For Lydia is a kind of womanizer, an egocentric and casual abuser in more than one classic male sense, treating men and women alike who surround her as disposable, and all but the same — even if the nature of her exact misdeeds are something the film is often guarded about.

With its rash of #MeToo-style allegations of professional misconduct eventually ensnaring its protagonist, “Tár” makes itself contemporary through its coy engagement with the histrionic dramas of “cancellation,” sure — but especially through its casual treatment of Lydia’s lesbian identity. (In this, a German setting surely helps). With Lydia as the film’s guiding force and ever-flexing primary subject — as well as the object of its supporting cast’s desires and fears — treatment of the character shows her holding power flippantly enough to harbor the easy potential to abuse it. Considering this, Field and Blanchett’s work on the character feels like something that wouldn’t have been possible even a handful of years ago.  Treating identity not as magical but as a factor which could be either formative or not in one’s life, the movie’s queer depiction is torn between admiration and fear of its leading character’s charisma and accomplishments. But what it’s not, to its credit, is congratulatory toward her, knowing her to possess not just a queer identity but to have levels of wealth and white privilege so staggering as to be, for most LGBTQ+ people, beyond imagination. Lydia, by contrast, can’t seem to even dream of not having those resources — and appears to believe they’re destined to be hers whatever she might do. It’ll be something to look forward to, the film seems to say, when a broader range of people can even be imagined to enjoy the same varieties of power and acclaim. 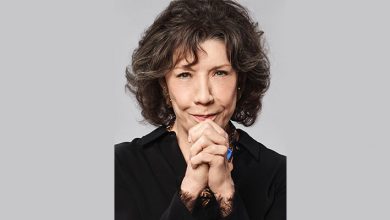 Natasha Rothwell is here to school the world