Kiersey Clemons is ‘The Young King’

We all know the queens. When do we get more kings? Soon, when Kiersey Clemons, queer star of “Dope” and “Hearts Beat Loud,” joins “Euphoria” alum Barbie Ferreira and Oscar nominee Michael Shannon in the upcoming film “The Young King,” from queer filmmaker Larin Sullivan, making her feature film directorial debut. Set in the 1990s Las Vegas drag king scene, it’s the story of aspiring performer Jules (Clemons) who moves to Las Vegas to locate estranged father Mick (Shannon) and take the stage in a drag king revue. Ferreira will play a dancer who finds herself an object of affection. Larin wrote the script and production is set for early 2023 on location in Nevada. No word yet on whether this will aim for big screen action or a streaming drop, but it’s high time. Now, calling RuPaul, it’s also time for a spinoff of your famous show, one that spotlights the world of the butch kings.

Dan Levy’s feature directorial debut has a title, a cast, and a home at Netflix. The “Schitt’s Creek” Emmy winner has written “Good Grief” and will direct it for the streaming service as well as star, alongside “Loving” Oscar nominee Ruth Negga, Luke Evans (“Nine Perfect Strangers”), Himesh Patel (“Yesterday”), Celia Imrie (“The Best Exotic Marigold Hotel”) and gay French actor Arnaud Valois (“BPM”). The story concerns a gay man whose mother dies, and who further has to deal with the unexpected death of his husband. By way of escape from the emotional turmoil of these losses, he and his two best friends go to Paris for something that’s less vacation and more self-discovery. If it sounds heavy, remember that this is the man who created a sitcom about oblivious rich people stranded in rural Canada. Therapeutic comedy is a safe bet when this drops in 2023.

Are you watching “Heartbreak High” yet? That’s Netflix’s reboot of the popular ’90s Australian TV series about a group of friends who find out that their respective sexual experiences have been scrawled, pictorially, on a bathroom wall. The social fallout that ensues forms the basis for enough teen drama per episode to rival an entire season of “Degrassi.” Well, it was a runaway hit, placing in Netflix’s top 10, so a second season just got the go-ahead. The cast represents a range of gender/racial/ethnic/neurodivergent identities, and queer audiences in particular should take note that the characters reflect a variety of LGBTQ+ experience. In other words, narrative media is finally making an effort to include all of our stories, and when it’s done well we all win. “Heartstopper” got you hooked? Add this one to your watch list.

Screen diva, meet opera diva: it’s happening now that Angelina Jolie has signed on to play legendary opera singer Maria Callas. Pablo Larrain, the acclaimed Chilean filmmaker whose recent biopics of famous women — “Jackie,” starring Natalie Portman, and “Spencer,” starring Kristen Stewart — earned both actors Oscar nominations for their performances will direct yet another exploration of a famous (and occasionally famously troubled) woman’s life. Though Callas’ life story has been told in the documentary, “Maria by Callas,” this narrative version is a passion project for the opera-loving Larrain, and as for Jolie, Callas — the Greek-American powerhouse whose vocal style became immediately recognizable and cemented her place in 20th-century opera history — is the perfect larger-than-life role for her to step into. Meanwhile, for older generations of gay men, Callas was also an icon, so the queer stars are in alignment for this project. 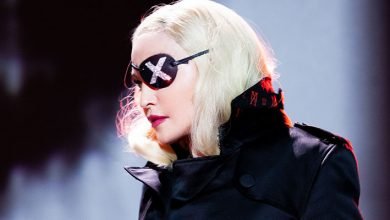 Madonna’s ‘Madame X’ Documentary Gets Into The Groove