If you’re reading this, it means you survived election day. Congratulations.

There was so much at stake in this election. I felt overwhelmed just thinking about it. Should the Republicans retake the U.S. House (and that is still up in the air!) they have already said they will begin impeachment proceedings for President Biden. On what grounds I don’t know, but they are professional liars, so I’m sure they’ll think of something.

Republicans were definitely hoping to take the U.S. Senate so they’d have enough votes to remove a hypothetically impeached Biden. They also stated very clearly that a national abortion ban was on the horizon. They could not wait to jail patients and doctors and to criminally investigate everyone who has a miscarriage. And the voters of this country told them to fuck right off.

Here in Michigan, Democrats have gained the majority in the senate — the first time in almost 40 years that the senate isn’t in Republican hands. And Democrats even took the Michigan House! It is simply amazing. Gov. Gretchen Whitmer, Attorney General Dana Nessel, and Secretary of State Jocelyn Benson were all reelected, trouncing their completely unqualified and totally unhinged Republican opponents.

In Michigan we had to take at least one chamber (Republicans currently control both). Or we would be, as the professional pundits say, pretty fucked. Republicans have a voter suppression ballot initiative tucked up their sleeves. It isn’t on the ballot, mind you. The people don’t get to vote on it. But because of a little oopsie-daisy in the state constitution, if a petition gets over a certain threshold of signatures then the legislature can just adopt it. And the governor can’t veto it. Their plan was literally the end of democratic elections in Michigan. Which should surprise no one since Republicans have made the end of democratic elections their goal nationwide.

So if you sat this election out, we saved democracy without you, and man I hope whatever you did instead was worth it. (99.9% chance that it wasn’t though!)

I try very hard to understand voter apathy. And I get it. Some things are just not as interesting to some people as they are to others. Take football, for example. My 13-year-old son is really into it. I, however, am really not. When he talks about it my eyes kind of glaze over and I hear white noise in my head (it’s actually tinnitus, but still). I love him and I do appreciate his enthusiasm. But I don’t share it.

The thing is, whether the Detroit Lions win or lose doesn’t affect my civil rights. Or yours! Election outcomes, on the other hand, absolutely do! But football seems to have far more people who are into it.

It honestly makes me feel dead inside that there are people who still support Republicans even after what happened on Jan. 6, 2021. By now the vast majority of the party are a-ok with Trump supporters breaking into the Capitol Building in D.C., assaulting police officers, seeking to harm and kill elected officials, and shitting in the hallways.

While out talking to voters in Michigan, I knocked on the door of a 19-year-old who told me she wasn’t going to vote. When I asked why, she said, “I dunno. I’m just busy with other stuff.” It was maddening. I explained that reproductive rights were on the ballot (they are literally, Proposal 3 would restore the rights lost when the Supreme Court overturned Roe) and she said she would think about voting. Probably just to humor me.

But I am not humored. I am exhausted.

This literally could have been the last free and fair election in Michigan. That’s not an exaggeration. While that 19-year old was busy doing “other stuff,” others were deciding a huge part of her life for her. Anyone who can become pregnant should be fighting to save reproductive rights. It’s a personal issue, it’s an economic issue, it’s a healthcare issue.

And Michigan voters approved Proposal 3, the proposal to restore Roe, by a whole hell of a lot. The same with Proposal 2, to strengthen voting rights. This turned out to be a very good year for Democrats.

Democracy is fragile. The Republic is not guaranteed. The U.S. is a baby of a country. And, sadly, we seem to have learned very little from history.

Votes are still being counted and while to doesn’t look good for the Democrats to hold onto the U.S. House, who knows? In every election there are outcomes that will be painful and hard for years to come.

I asked you to prove me wrong, America! And by and large you did. And I love that for us. 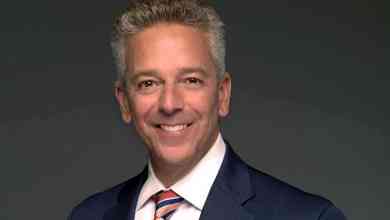 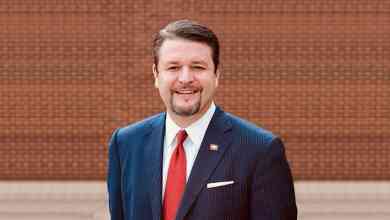