The Salt Lake County Council approved a 2023 budget that includes a tax increase, but not before Utah Log Cabin Republicans, a group that claims to represent “conservative LGBT voices in Utah,” called on them to reject it, in part, because it allocates funding to the Utah AIDS Foundation.

Wilson said that much of this was able to happen because of good economic recovery and pandemic-related cash from the federal government. She called this a “once-in-a-generation” chance for one-time capital spending projects and improvements.

Mental health improvements of $3.5 million went to the Huntsman Mental Health Institute and the establishment of the Kem and Carolyn Gardner Mental Health Crisis Care Center in South Salt Lake.

Another $2 million was allocated to a tiny home village operated for the area’s homeless by The Other Side Village.

But it was a $2 million line item for covering the capital costs of a new community health center for the Utah AIDS Foundation that the group spent most of their release against.

“There is currently no LGBTQ+ community health center in Utah,” Wilson said. “The Utah AIDS Foundation will use this funding to renovate their building, transforming it into a space where comprehensive mental and physical healthcare will be provided.”

“Members of the LGBTQ+ community suffer from excess mental and physical health disparities compared to the rest of the population,” Wilson’s initial proposal reads. “The Utah AIDS Foundation will use this funding to renovate their building, transforming it into a space where comprehensive mental and physical healthcare will be provided to the LGBTQ+ community in Salt Lake County. Renovations are expected to be completed by the end of 2023.”

ULCR disagrees with the need for its own community.

“Finally, we are concerned about the $2,000,000 proposed contribution of taxpayer money to the Utah AIDS Foundation,” newly installed ULCR president Goud Maragani wrote to the county council. “Neither the County Mayor nor the Utah AIDS Foundation has presented sufficient evidence about what unmet need this proposal will fulfill.”

Maragani said that services are “already being provided” by Community Health Centers and the University of Utah Healthcare.

“To date, no one has provided evidence showing that this facility will fulfill an unmet need in Salt Lake County that is not already being provided or could be provided by the County Health Department or another organization. Without that evidence, we cannot support this proposal,” Maragani wrote.

He said that UAF’s public presentation about the need for its health center lacks sufficient data for a need to specifically cover LGBTQ health. He also asks if the Salt Lake County Health Department is “discriminating against or providing inadequate care to members of the LGBTQ+ community” because of the statistics UAF gave.

ULCR’s move to the ultra-right

In early 2021, Ryan Woods, aka “Lady Maga,” took over the Utah Log Cabin Republicans group and steered it dramatically to the ultra-right. One of his first moves was to be interviewed by Utah Eagle Forum’s Gayle Ruzicka about how he and the group supported Utah House Bill 92, which would have made it illegal for a doctor to treat a transgender child with hormone therapies or gender-corrective surgeries.

“This has nothing to do with an LGBT issue,” Woods stated, “This has to do with protecting innocent children from procedures that have irreversible and very serious consequences.”

Woods said children are “pushed into declaring themselves to be transgender” by “Social Justice Warrior parents” and “LGBTQIA school curriculums.”

ULCR’s Facebook page and group suddenly were flooded with some of the most ultra-right memes, comments, and members from across the country. Among them are Utah State Board of Education Natalie Cline, who seeks to remove LGBTQ books from school libraries, and white nationalist group Utah Patriots.

Woods spent much of his time denouncing services to transgender youth, calling it “the castration and sterilization of children;” drag story hours, calling them “evil drag queens of the left;” and Democrats in general, saying, “the Democrat party is of Satan.”

Prior to Woods’ reign as president, ULCR was an integrated part of Utah’s LGBT community. The group was invited to several annual evenings with two Utah governors.

Maragani was elected without fanfare at a November meeting of the group at his Riverton house.

He ran this year for Salt Lake County Clerk, losing to Lannie Chapman with 42.84 percent of the vote. He was criticized for statements made on social media before he was a candidate that he believed that Democrats “cheated” and the 2020 election was stolen from Donald Trump, for calling Democrats “Marxists,” and saying Democratic calls for mask requirements were an “indoctrination program to turn your children into commies.”

Maragani is a frequent commenter on Twitter with an incendiary style.

He is a veteran and an attorney who spent much of the past decade as a trial attorney in the U.S. Justice Department, Tax Division in Dallas, Texas, and judge advocate with the U.S. Army. He moved to Utah in June of 2020 to become a compliance attorney at a software company. 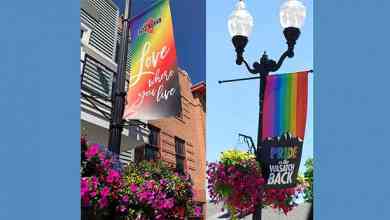 Anti-Registry Bill Fast-Tracked in the Senate