Saying, “Our community has never been more divided by this constant cycle of chaos,” leaders of Pride of Southern Utah have asked people in St. George to send letters to the mayor and city council, saying that Councilwoman Michelle Tanner is “an embarrassment” and that something needs to be done “to address the problem.”

At a city council meeting on January 5, Tanner’s media representative used the public comment section to read aloud social media comments and emails that she has received because of her activism against the city’s drag and LGBT community. Tanner and he chose not to modify the curse words during his presentation.

Tanner hired Steve Brazell, founder of Hitman, Inc. to represent her. He is a brand and marketing strategist and specializes in “competition removal” and crisis management. His consultation fee, according to his website, is $10,000, and a monthly retainer starts at $20,000.

“I think it’s critical, here in our city, that no matter what you believe, you are given the opportunity to engage in positive, healthy ways,” Brazell began at the podium of the council meeting where citizens, families, and Boy Scots were in attendance. “I think producer Steven Warren of the ‘We’re Here’ show said that his show was a ‘love letter’ to the city of St. George.”

“Let me read to you some of the ‘love letters’ from the LGBTQ+ community to one of our own elected officials. And I quote, ‘You are one of the most vile, horrific, disgusting cunts that has ever walked the Earth and you should be burnt to death, you homophobic small-minded idiot.’ From Kai Hargis: ‘Stupid cunt couldn’t even get a drag show banned. We’re more powerful than you Christian dumb fucks.’ Kai continues. ‘Homophobic, worthless cunt…'”

“This is all part of the First Amendment,” Brazell counters.

“Listen. I get it,” the mayor continues. “You’re Michelle [Turner]’s media person…”

“I’m getting this into the public record that these emails, this communication is just horrific,” Brazell interjected.

“Stop the language,” the mayor said. Brazell said he agreed,

“On Facebook. ‘You’re an awful, terrible person. I hope you get cancer and die a very, very slow, painful death.’ From Drew Paradisco, ‘If you were really concerned about family values and children, you would start holding your church and your priests accountable. Buckle up, buttercup, because Hell hath no fury like a fag who’s been pushed too far.'”

“I think it’s critical to see both sides of every coin so that you, as leaders that represent our community can start making decisions that affect 94 percent of your constituents,” Brazell concluded.

City Councilwomen Danielle Larkin took offense to saying that the social media comments Brazell read were necessarily from a “side” in the debate.

“I would say that those emails were awful, and they’re also anecdotal. We’re all getting awful emails like that,” she said. “Those emails represent people who spoke poorly. So, let’s not make ‘sides’ in here.”

After an LGBTQ supporter spoke, Tanner jumped in.

“There are plenty of drag queens out there, by the way, who do not agree with doing drag in front of children,” she said. “In fact, I have members of the LGBT community all the time who reach out to me and say, ‘We hate the fact that there’s people within our movement who have taken this to an extreme and are targeting children.’ My good friend is a drag artist and wholeheartedly agrees with not doing certain things in front of children. My brother, who is gay, also agrees. I have lots of friends and family in the LGBT who absolutely do not think it’s appropriate to do mature behaviors, to have mature discussions, in front of children. So, we need to stop this narrative if we’re going to talk about ‘sides,’ it’s not a sides issue. It should be all the sides, across the aisle, should care about protecting children.”

Pride of Southern Utah offered an email template for those who wanted to reach out to city leaders about Tanner’s behaviors.

“In the presence of multiple young children, Boy Scouts, and countless other families tuning into the live stream from remote locations, [Brazell] used the most profane language I’ve ever heard spoken in a public forum. Prior to Mayor Randall requesting he refrain from cursing, he used both the f-word and c-word multiple times,” the template states.”I am shocked and appalled that Councilwoman Tanner, whose number one talking point is protecting children from mature content, would find this kind of language in a public city council meeting appropriate.”

“I would like to know what kind of action you, as our Mayor and elected representatives, will be taking to address this inexcusable and reckless lack of judgment,” the template continues, ending with the writer stating they “don’t want this kind of contention and division to be permitted to continue, unchecked.”

Tanner targeted a business that runs St. George’s farmers’ market each Saturday because the owner allowed drag performers to hold a photograph booth with Mrs. Santa and elves in her other business. Tanner failed in pulling the city’s support of the market, which involves waiving park rental fees.

The council also discussed creating “free speech zones” at events in the city that might be more controversial, noting a demonstration by anti-LGBT street preachers standing directly in front of the Pride event stage blocking the view with their towering “Homo Sex is Sin” banners. Tanner spoke against the measure, saying it infringes on free speech. 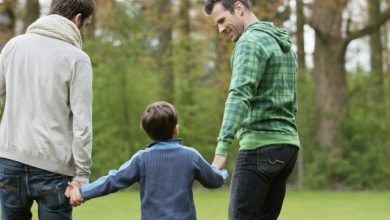