In this month that features a holiday celebrating romantic relationships, I want to challenge a cultural assumption about those relationships I’ve always found reductive and limiting.

Is it safe to say that all of us in the LGBTQ+ community, and perhaps those of us in the intersection of that group and the Kink/Leather/Fetish/BDSM community even more, sensed from an early age that we were different? That there was something (or multiple somethings) about us that set us apart from most or all of the people around us?

Those of us who are successful at resisting the messages of shame and stigma about who we are and don’t succumb to ending our lives (as so many tragically don’t) have come to terms with a simple fact: many of the messages we receive from the culture around us simply aren’t true. Some examples: Being gay is unnatural and wrong. Being trans isn’t real. There are only two genders. The only legitimate romantic/erotic relationship is that of one man and one woman in a monogamous, legally-sanctioned life-long commitment. To live happy lives, we who are queer reject nearly all of those messages.

For some reason that I don’t understand, many queer people hold on to the “monogamous” part of the message about what a legitimate relationship is. They think that we can be happily queer in all of our variety, yet also believe that the only possible successful romantic/erotic relationship is with only one other person. We reject the “one man, one woman” part. We reject the “legally-sanctioned” part. We reject the “life-long” part. But many people cling to the “monogamous” part. That’s strange. For me, it’s like accepting that there’s no Santa Claus but still believing in the Easter Bunny or saying you’re vegan and ordering a steak. I call it the “Monogamy Myth.”

I believe monogamy isn’t even a real thing. I believe it was invented by the Catholic church as a way of controlling women. To believe that you can be all things to your partner, that that person can be sexually satisfied by you and only you for the rest of their lives, strikes me as an exercise in insanity. Yet that is the narrative that is fed to all of us – especially straight women – all our lives by our surrounding culture. If monogamy at that level is the natural order (as religion propagandizes), why do almost half of heterosexual marriages end in divorce over marital infidelity? Because monogamy isn’t the norm in mammalian species. Yet so many of us proceed with the cultural delusion that it is, and that if our partner has sex with – or worse, feelings of love for – another person it is a betrayal worthy of ending the relationship over.

When I realized that all the messaging I’d heard all my life said there was something wrong with the fact that I was attracted to men was complete bullshit, I tossed it and all the assumptions that came with it in the trash bin. Including monogamy. The long-term romantic/erotic relationships I’ve had in my life have been polyamorous. Because that’s what makes the most sense. Love comes from an infinite well. To ration out love as if it’s in limited supply is to do a disservice to yourself and all those who might benefit from that love. Why be so limited? Maybe being kinky helps. Since those of us in the Kink/Leather/Fetish/BDSM community are already far outside the mainstream of what “acceptable” is, maybe it’s easier for us to imagine, create, and sustain partnerships that consist of more than two people.

Please understand that this exploration is in no way an attack on those LGBTQ+ couples who are happily monogamous (unless they’re secretly cheating on each other.) I’m happy for them. What I’m challenging is the presumption that that romantic/erotic relationship configuration is the only legitimate one and all others are doomed to failure. To me, what’s doomed to failure is entering a partnership where either or both members believe they can satisfy all of the other person’s needs single-handedly for the rest of their lives – and if either of them seeks to satisfy needs elsewhere, there’s been a betrayal, and the relationship should end. Yet polyamorous relationships are usually viewed by the mainstream culture (even by many in our own LGBTQ+ community) as strange perversions that can’t be taken seriously and won’t last.

Are polyamorous relationships easy? Of course not. As with any human endeavor that has no support from the external culture and requires those involved to forge the path alone, the success rate is much lower than those with support. But that’s the fault of the culture, not the endeavor. The specter of jealousy is one that is always seeking to rise and wreak havoc in polyamorous relationships. One member might feel that they are being excluded by the others, and if not dealt with, that can lead to hurt feelings and wanting to leave the relationship. Making sure that everyone is included is something that every member learns and works on together. Polyamory isn’t easy. But neither is monogamy. Relationships aren’t easy! Any relationship worth having is worth working for, no matter what configuration it is. Not easy. But possible. And when it works, there’s nothing better.

So this festive Valentine’s Day month, I urge you to free your hearts and minds of the Monogamy Myth and don’t treat your love as if there’s a shortage of it. There are all kinds of amazing people out there – why settle for just one?

Have thoughts, questions, or comments about this column or anything to do with Kink? Write to me at kink@qsaltlake.com, and I’ll print them and answer them in an upcoming column. Be safe, and have fun out there! 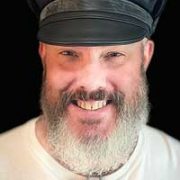 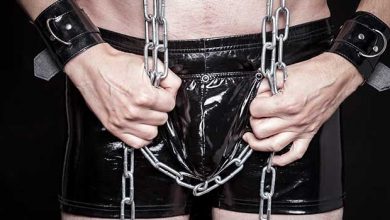 Go hopefully and resist kink-shame in 2023

Fur as a path to self-discovery